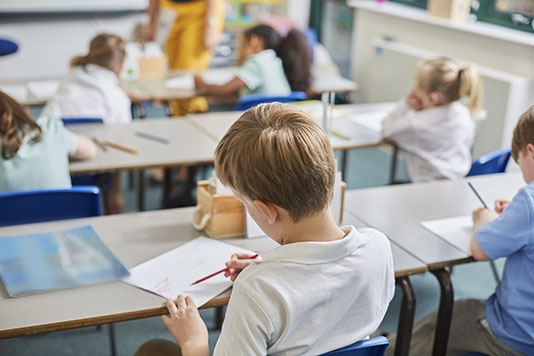 Children in Scotland can return to schools full-time in the middle of this month, the devolved government has said as it eases coronavirus lockdown measures.
It will be the first time since March that Scottish pupils will have attended schools since late March.
Scotland recorded no deaths of people who had tested positive for COVID-19 over the past two weeks.
First Minister Nicola Sturgeon said schools could reopen gradually from August 11, adding that classes should be in full swing by the start of the following week.
“Incidence and prevalence of the virus are, as of now, at very low levels in Scotland,” she told lawmakers in Edinburgh.
“Given how long children have been out of school, some local authorities may opt for a phased return over the first few days.
“But we expect all pupils to be at school full-time from the 18th August at the latest.”
The Scottish leader unveiled 75 million pound ($98 million, 83 million euros) in additional funding to help schools prepare for reopening, including the recruitment of around 1,400 extra teachers.
Sturgeon shuttered schools to most pupils as the pandemic took hold across Britain, with students switching to an online-based learning model.
A total of 2,491 patients in Scotland have died after testing positive for the virus.
In England, which has the highest death rate in Europe from COVID-19, the government said earlier this month that pupils would return to schools in September.
Ministers there initially intended students to return before the summer break, but were forced to revise the plans after concerns from teaching unions and parents.