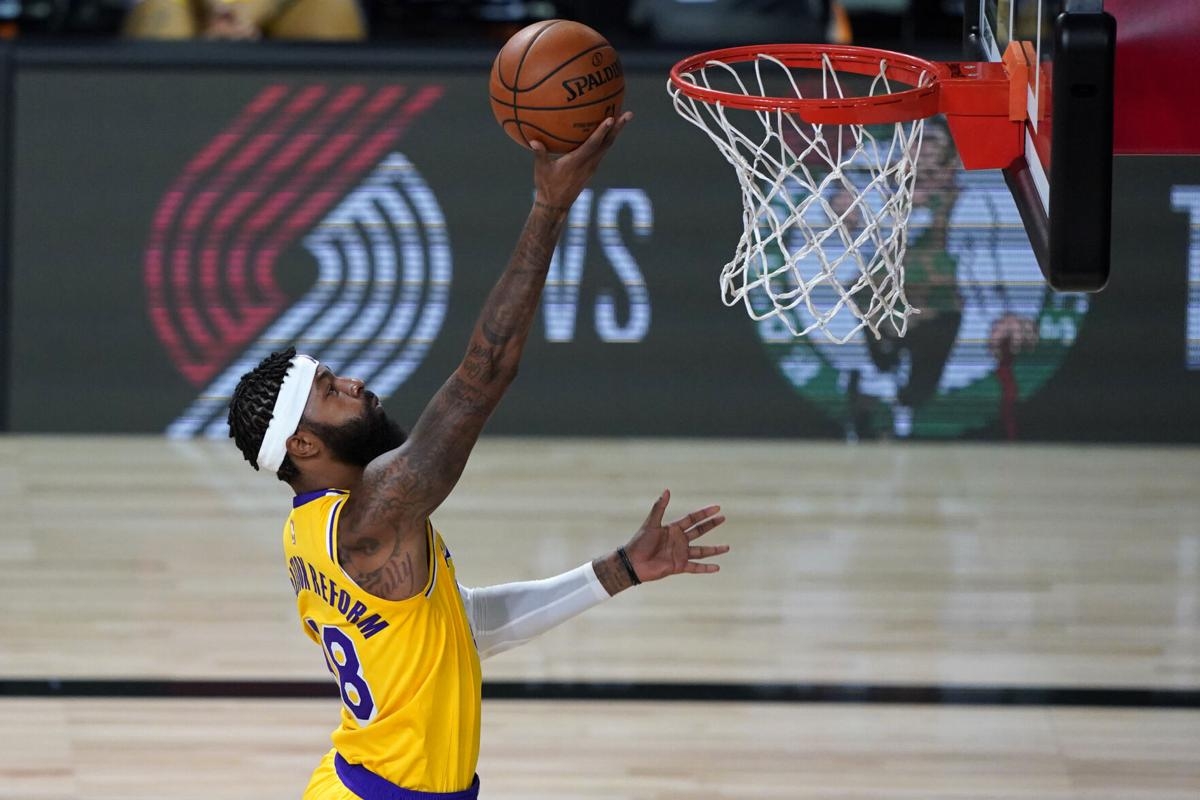 Kyle Lowry starred in the Toronto Raptors' 107-92 victory over the Los Angeles Lakers in Orlando.
The 34-year-old finished with 33 points, 14 rebounds and six assists while London-born OG Anunoby contributed 23 points.
LeBron James led the Lakers' charge with 20 points but could not prevent an 11th consecutive loss to the Raptors.
"Against a couple of great guys, we came in wanting to play well and we did a good job," Lowry said.
The game was played on the third day of regular-season games inside the quarantine 'bubble' at Disney World in Florida, following a four-month shutdown because of the coronavirus pandemic.
The Lakers remain top of the Western Conference at 50-15 while Toronto sit second in the Eastern Conference at 47-18, as the season nears the play-offs.