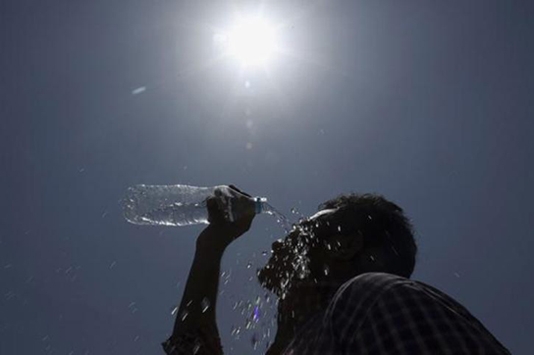 Mild heat wave is sweeping over Dhaka, Mymensingh, Rajshahi, Rangpur, Khulna, Barishal and Sylhet divisions and the regions of Sandwip, Sitakunda, Rangamati, Feni, Chandpur, M.Court and it may abate, a met office release said today.
A low pressure has also formed over North Bay and adjoining area, it said, adding that under its influence and due to strong monsoon over North Bay, squally weather may affect the maritime ports, North Bay and adjoining coastal areas of Bangladesh.
Maritime ports of Chattogram, Cox’s Bazar, Mongla and Pyra have been advised to hoist local cautionary signal no three.
All fishing boats and trawlers over North Bay have been asked to come close to the coast proceeding with caution till further notice.
Met office also forecasted that light to moderate rain or thundershowers accompanied by temporary gusty or squally wind is likely to occur at most places over Dhaka, Khulna, Barishal and Chattogram divisions, at many places over Mymensingh, Rajshahi, Rangpur and Sylhet divisions with moderately heavy to very heavy falls at some places over Dhaka, Khulna, Barishal, Rajshahi and Chattogram divisions.
The axis of monsoon trough runs through Panjab, Hariyana, Uttar Pradesh, Bihar, West Bengal, the centre of the low and thence northeastwards to Assam across central part of Bangladesh. Monsoon is active over Southern part of Bangladesh and fairly active elsewhere over Bangladesh and moderate to strong over North Bay.
Day and night temperature may fall 1-3 degrees Celsius over the country. Wind is blowing from South or Southeasterly direction with a speed of 08-12 at Dhaka.
Maximum temperature on Monday was recorded 38.2 degrees Celsius at Jashore and minimum temperature today 24.5 degrees Celsius at Barishal.
Maximum rainfall for the last twenty-four hours till 6am today was recorded 100 millimeters (mm) at Cox’s Bazar.
The sun sets at 6.40 pm today and rises at 5.30 am tomorrow in the capital.