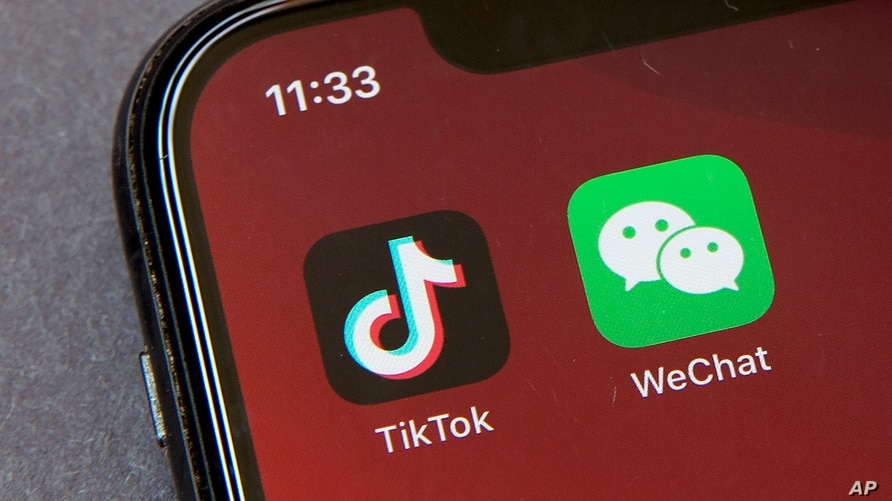 The US bans on Chinese apps TikTok and WeChat are not particularly valuable for US security, experts told AFP on Friday, but could step up broader commercial pressure on Beijing and help President Donald Trump appear tough as he seeks reelection.
In announcing the bans – to take effect in 45 days – Trump declared on Thursday that Chinese mobile apps "threaten the national security, foreign policy, and economy of the United States."
Data collection by the apps, he argued "threatens to allow the Chinese Communist Party access to Americans' personal and proprietary information," which he said could be used for espionage, blackmail, and to track Chinese nationals inside the US.
But cyber security specialists say the benefits to the ban are minimal and don't solve any immediate threats.
The WeChat ban especially, they say, actually harms a large number of Chinese Americans, US-based Chinese, and businesses working with China, all for whom the app is essential to communications.
Both apps collect huge amounts of data on hundreds of millions of users.
An all-in-one tool, WeChat provides messaging, financial transactions, group chats, and social media, all of which is stored on Chinese servers that a 2017 security law says must be accessible by Chinese intelligence.
TikTok, a simple app for making and sharing short videos, meanwhile mines users' accounts and phones for lots of identifying information.
"WeChat is bad," said Nicholas Weaver, a lecturer in computer security at the University of California in Berkeley.
"It uses encrypted links to WeChat's servers in China... but the servers see all messages, so the Chinese government can see any message it wants," he said.
However, Weaver said, there are few alternatives if you want to communicate widely with people in China, from inside or outside the country.
"So by banning WeChat, it is really about stopping US persons from being able to communicate with friends and relatives in China, which is an awful idea."
As for TikTok, it is hardly different from popular US social media, he said, "a massive data-sucking operation."
TikTok denies having provided data to the Chinese government, and says it would not do so if asked – but Weaver is doubtful of that claim.
"Of course the Chinese government can access that information, just as the US government can access any information collected by Facebook."
None of that constitutes a particular security risk if people are aware, Weaver said.
The best approach, he said, "is not blanket bans but better policy and communication: Communicate to US business what the risks are, and configure government systems to avoid the risks."
"This is so clearly a political rather than a security concern," said Weaver.
"The real security threats – and they are real – are best addressed and have been addressed far more quietly," he said.
As US intelligence said on Friday that China is opposing Trump's reelection in November, analysts saw the bans as motivated at least in part by the US leader's desire to show he is taking a hard line on Beijing.
Adam Segal, director of the Digital and Cyberspace Policy Program at the Council on Foreign Relations, said neither WeChat or TikTok should be on the telephones of government officials due to the security risk – the argument invoked by the Republican-led Senate in voting to bar TikTok from government employees' phones.
But a blanket ban "does not strike me as being an essential action to increase US cybersecurity," Segal said.
Trump's motivation "seems to be driven both by a sense of technological competition with the Chinese and his desire to show he is being tough on China in the runup to the election."
Segal noted that the Trump administration doesn't say what it expects from Beijing.
"They have very clearly laid out that we are going to compete with China and that we need to push back," he said.
"But it is not clear what it is China is supposed to do or what behaviours we want to see." - AFP