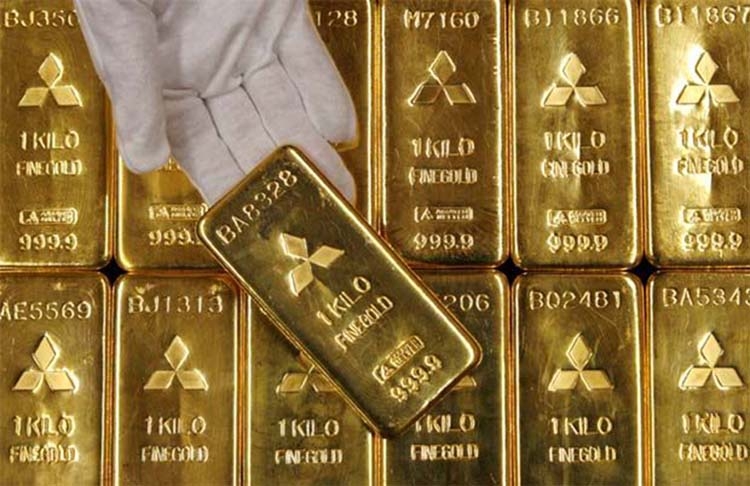 Gold fell more than 1% on Tuesday, breaking below the $2,000 level for the first time in a week, as the dollar's relative value against other currencies strengthened and spurred investors to lock in profits following a record run.
Spot gold was down 1.1% at $2,004.61 per ounce by 0727 GMT after falling as much as 1.9% earlier, accelerating a retreat from a record high of $2,072.50 hit last week. US gold futures fell 1.3% to $2,013.10 per ounce.
"A stronger dollar and favourable risk sentiment are weighing on gold. Prices are undergoing a period of consolidation after rising more than 14% in three weeks," said DailyFx strategist Margaret Yang. Making gold more expensive for holders of other currencies, the dollar gained and US bond yields rebounded from multi-month lows.
Asian stocks, meanwhile, shrugged off the latest flare-ups between Washington and Beijing. China on Monday had imposed sanctions on 11 US citizens, including lawmakers from President Donald Trump's Republican Party, after Washington's sanctions on Hong Kong and Chinese officials last week.
Analysts said gold's overall appeal was still intact, with prices up over 33% this year. "The retracement of the recent US dollar sell-off can continue this week, putting downward pressure on gold," said Jeffrey Halley, a senior market analyst at OANDA. "Gold trade attracted a lot of fast money last week and a washout of speculative long positioning sets gold up for a more balanced rally going forward."
Gold has been one of the most consistent gainers through the six months of coronavirus-led turmoil in financial markets, benefiting from a flood of capital into the world economy and investors seeking a relatively safe location to park money with interest rates at or near zero. Elsewhere, silver dropped 3.5% to $28.13 per ounce, platinum fell 1.9% to $967.63 and palladium eased 0.4% to $2,210.62.
---Reuters