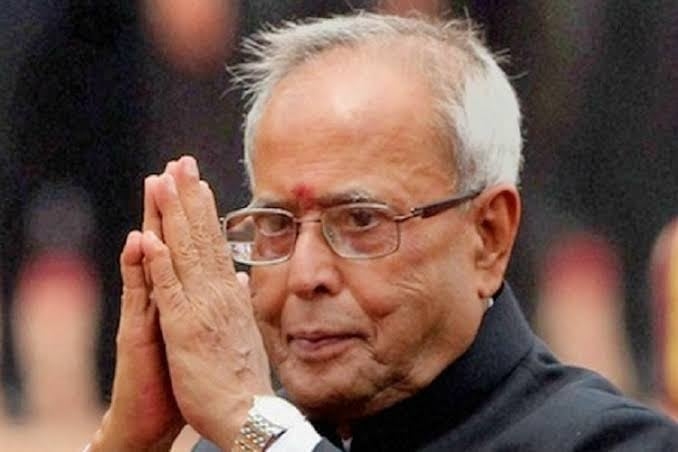 Former President Pranab Mukherjee's health continues to remain critical and his condition has "worsened", the Army Hospital in Delhi said in its bulletin this evening. The 84-year-old had tested positive for coronavirus when he went to the hospital yesterday for another procedure. Later, he underwent a brain surgery for the removal of a clot, reports NDTV.
"The former President who underwent lifesaving emergency surgery for brain clot on 10 August 2020 has not shown any improvement and his health status has worsened. He remains on ventilatory support," the army hospital said in a statement this evening.
The former President, who was in office from 2012 to 2017, had tweeted yesterday before the surgery, asking all who came in contact with him to self-isolate and get a coronavirus test.
"On a visit to the hospital for a separate procedure, I have tested positive for COVID19 today. I request the people who came in contact with me in the last week, to please self-isolate and get tested for COVID-19," his tweet read.
Cutting across party lines, his post triggered messages of support and concern from political leaders. Among those who tweeted were Congress's Rahul Gandhi, Delhi Chief Minister Arvind Kejriwal, Union Minister Piyush Goyal and others.
Vice-President M Venkaiah Naidu spoke to the former President's daughter Sharmistha Mukherjee.Meanwhile, Bangladesh's Foreign Minister Dr AK Abdul Momen has prayed for quick recovery of former Indian president Pranab Mukherjee who recently tested positive for Covid-19.
In a message sent to Mukherjee's office, Dr Momen described him as a great friend of Bangladesh.The Foreign Minister said he had the opportunity to meet Mukherjee when he was a Minister during 1973-1974."
My first visit was to India after I had taken over responsibility as Foreign Minister," Dr Momen said.He said he visited Mukherjee's official residence with his wife and invited him to join Bangabandhu's birth centenary celebrations.
"I expect he will soon visit Bangladesh after recovering quickly" said the Foreign Minister.State Minister for Foreign Affairs M Shahriar Alam also prayed for speedy recovery of former President of India and one of the greatest friends of Bangladesh who went through a brain surgery and tested positive for Covid-19.