He is our North Star 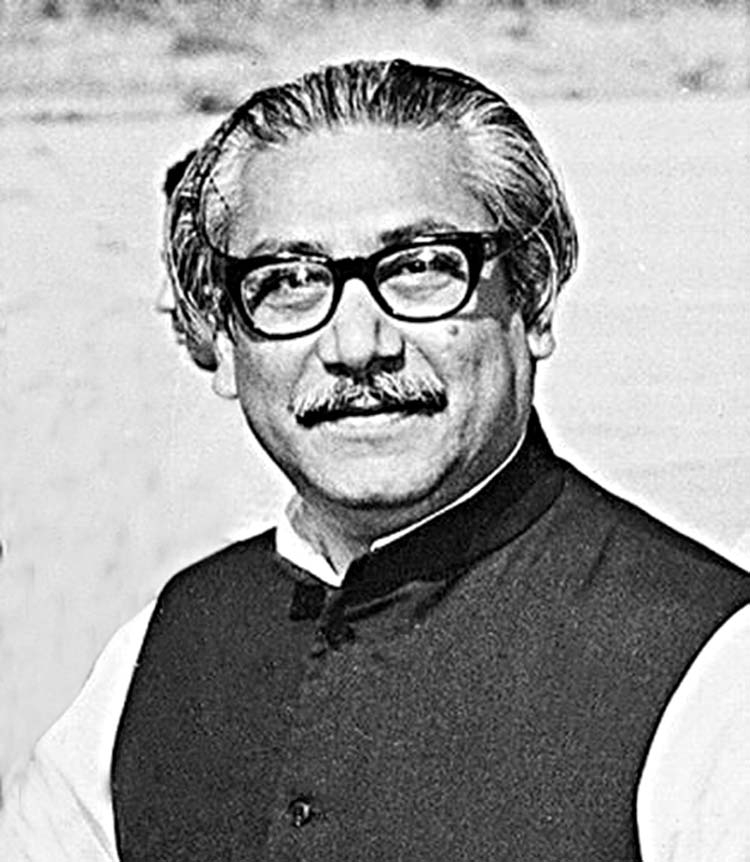 Sheikh Mujibur Rahman is the embodiment of our nationhood. He was, and is, our Bangabandhu --- Friend of Bengal. It is time to rekindle memories of him, that moment in life when past glory and old causes re-ignite the collective spirit of the Bengali nation.
It is the courage of Bangabandhu Sheikh Mujibur Rahman we miss as we go through life. And yet it is something more, something of values that you associate with any remembrance of him.
He embodied some of the finest traditions that self-respecting people anywhere have throughout the course of history upheld in their lives. And among those values is the refusal to compromise, to undermine yourself through a convenient jettisoning of the ideals that you have always held dear.

Bangabandhu never flinched from doing or saying anything he thought was right, or made good sense. His disillusionment with Pakistan having taken a firm shape by the early 1960s, he knew which course he needed to take. And he took it resolutely.
There was little room in him for second thoughts. He was the troubadour who moved through the hamlets and villages of Bengal, disseminating the message that freedom from colonial rule and emancipation from economic exploitation were of the essence.

And what he stood for came alive assertively in 1971 when seventy five million Bengalis prayed for him even as he languished in solitary confinement in Pakistan. All politics, all religion in that year of tragedy and decision focused on Bangabandhu. An entire war of national liberation was shaped and waged in his name.

Principles underlined Bangabandhu's fundamental political premise. The Six Points could not be trifled with. And when the Pakistan army tried to shoot them down, he went for a single point: he declared the nation's independence before being seized by the army.
He prepared for freedom in the only way a man believing in constitutional politics would. He was not a revolutionary, which was why he was not willing to go for a direct confrontation with the Pakistan government. Neither was he an adventurist, for which reason he warded off all calls for a unilateral declaration of independence on 7 March 1971.
And yet the oratory of the day remains part of history, of the Bengali psyche, for everything it pointed to, for the clear set of guidelines he left for his people to follow in the event of his absence from the political scene. It was these guidelines that Bengalis worked on for nine months. His words, his image, his idealism served as a metaphor for the armed struggle for freedom.

It is this great man, this embodiment of freedom, we lost to dark conspiracy on 15 August 1975. Life was never to be the same for us. And yet life goes on for us, in our constant remembering that he was, is and will always be with us, as our light unto the dark. A hundred years after 1920, Bangabandhu remains our North Star.