'Regret not being able to win SAFF title' 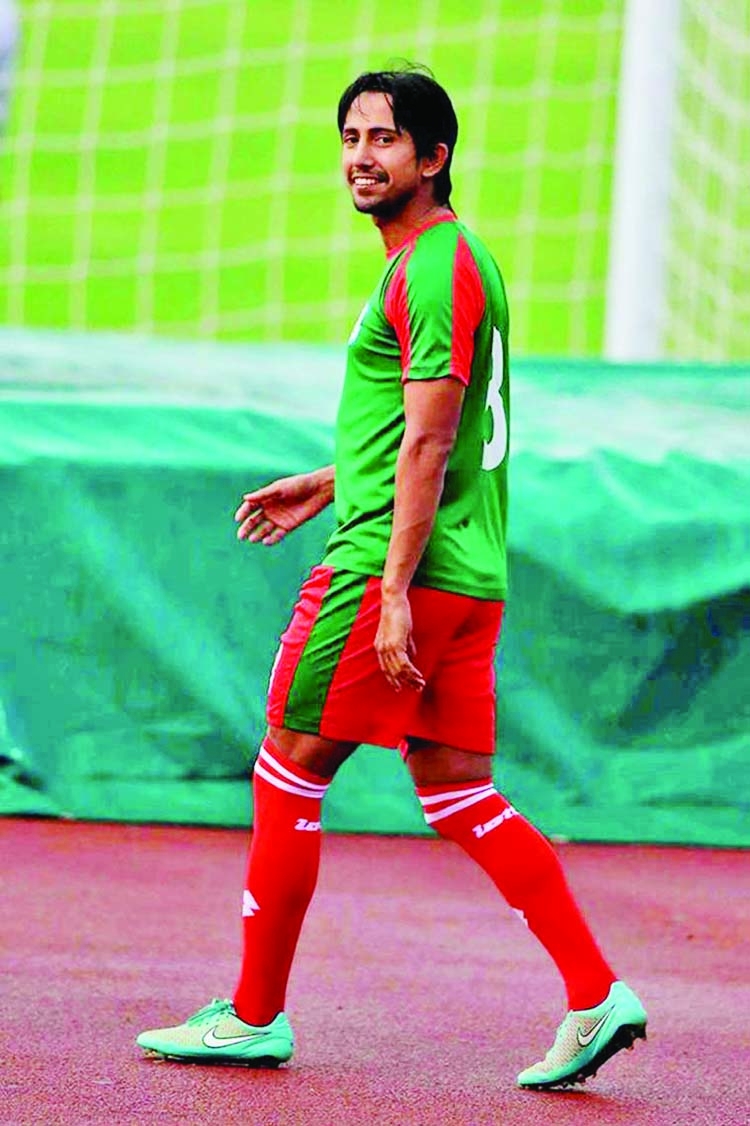 Former Bangladesh captain and midfielder Mamunul Islam. -Collected
Former Bangladesh captain and midfielder Mamunul Islam is all set to end his stellar international football career after playing the FIFA-AFC Joint qualifier match against arch-rival India for the national side.
The upcoming Joint Qualifiers round two for FIFA World Cup 2022 and AFC Asian Cup 2023 is scheduled to be held in October and November. According to the new schedule, Bangladesh will host Afghanistan India and Oman on October 8, November 12 and 17 respectively while meeting Asian champions Qatar in their lone away match on October 13.
Bangladesh star Mamunul hogged the limelight for the national team after being groomed up as a player at the BKSP. He has played 61 international matches for Bangladesh since making his debut in 2007 and led the team for five years.
He also scored three goals for Bangladesh in international matches. He has won four Bangladesh Premier League titles, two each with Abahani Limited (2008-09 and 2009-10) and Sheikh Jamal Dhanmondi Club (2010-11 and 2013-14) respectively.
He also represented Bangladesh playing for Indian club Atletico de Kolkata. But the former Bangladesh captain has revealed that he has one regret in football - not winning the SAFF Championship. He also revealed why he fixed the match against India for retirement.
"Actually the Bangladesh-India match means a different kind of attraction, a different kind of emotion. 50-50 is always played between these two teams. Not only the spectators of Bangladesh and India, but also the football fans of other countries in the region have their eyes on this match.
It is not clear when I will get a chance to play against India again. That is why I have decided to retire from the national team after the match against India on November 12, "Mamunul told an online news portal from Gazipur resort on Tuesday.
"We were not able to win SAFF title. I played 6 consecutive SAFF Championship. This dissatisfaction remained with me before I retired from the national team. After giving service for the national team for 14 years, I have now decided to retire. Now my goal is to stay healthy and get fit and get a place in the team for that match. Otherwise, playing against India will not fulfill the desire to retire." He added.
Bangladesh played out 1-1 draw with India point in their third group match of the joint qualifiers at the Vivekananda Yuba Bharati in Kolkata in October last year. Saad Uddin netted in the 42 minutes while Indian centre-back Adil Khan levelled the margin in the 89th minute. Sylhet is set to host Bangladesh's first reminder match against Afghanistan.
The head coach Jamie Day is expected to trim the 36-member squad to 25-memeber within one month and finally 23-member squad will be announced for the upcoming matches.