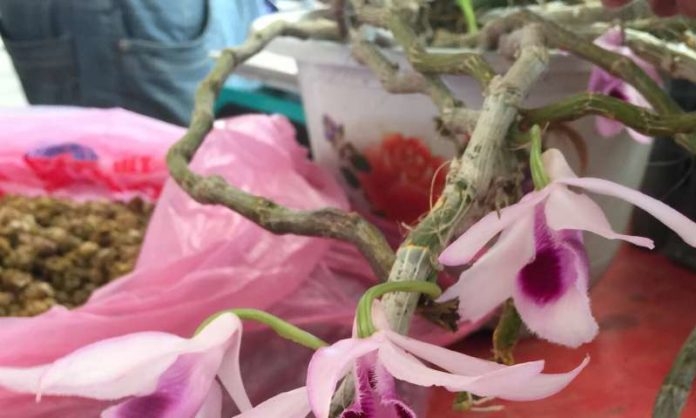 A research team from the Zhengzhou University found a rare species of saprophytic orchid in central China’s Henan Province. This is the first discovery of the plant in the province.
The plant, “E. japonicum Makino,” was discovered in the Funiu Mountain during a survey of traditional Chinese medicine resources in Henan.
The orchid is found in Japan, southwestern China and other places. It has very demanding conditions for habitat and is generally difficult to cultivate artificially, according to the Traditional Chinese Medicine Administration of Henan Province.