Myanmar not explaining to BD 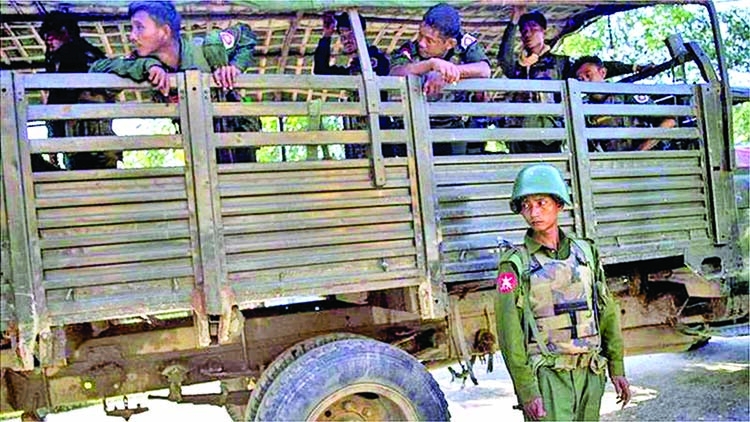 Myanmar military personnel in Rakhine. -BBC
The suspicious movement of the Myanmar troops at the other side of the border in Rakhine State is not acceptable to Bangladesh, the government said.Shahriar Alam, state minister for foreign affairs, told BBC that though it is mandatory to inform about the build-up of troops as per the agreement regarding borders between two countries, Mayanmar has not informed to Bangladesh about the issue.
An official of Myanmar foreign ministry said they have informed the high-level of the government about the statement of Bangladesh. But he has said nothing about the incident. Bangladesh summoned the Myanmar ambassador on Sunday and expressed its concern over the movement of Burmese troops at the border.
Myanmar has been mobilizing forces for some days at three points near the Bangladesh-Myanmar international border. Bangladesh has evidences in this regard, said officials in Dhaka.Shahriar Alam said, "If Myanmar mobilized troops for internal terrorist or separatist group, the country should have informed Bangladesh about the military build-up near the border."
"We have seen and got some pictures that Myanmar army personnel have moved near Bangladesh border wearing civilian boots. There is a rule to inform the neighboring country if steps are taken in internal emergency situation. But Myanmar has done it without informing us.
For this reason, we have summoned the ambassador," he further said.Hopefully, the reason of mobilizing troops will always be informed beforehand, he said, adding that otherwise misunderstanding may be created resulting in unexpected incidents.
Bangladesh hosts more than 1 million Rohingya refugees, most of whom fled Myanmar in 2017 during a military operation dubbed ethnic cleansing in one of the fastest growing refugee crises in the world.
Quoting an item published in a Bangladeshi online news portal, Mizzima, a news medium of Myanmar, has reported the protest of Bangladesh regarding the military build-up of Myanmar at border.  The Burmese government has not given any statement in this regard.Aung Ko, Director General at Political Department of Myanmar Foreign Ministry, told BBC that they have got the statement from Bangladesh.
"We have got the report about the statement of Bangladesh government which was given by summoning our envoy in Dhaka about the incident at border. We have sent the report the higher authorities for taking necessary measures. We cannot make any comment on the issue at the moment."
Dr Lailufar Yasmin, professor of International Relations at University of Dhaka, said, "I think it may totally a domestic reason in part of Myanmar. We noticed a few days ago that two Myanmar troops testified to the International Court that they committed repressions on Rohingya people at the directive of the higher authorities. We should think Myanmar is trying to divert the global attention."
---BBC 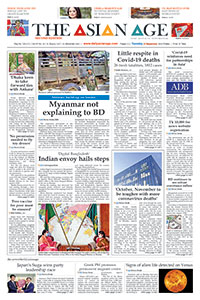