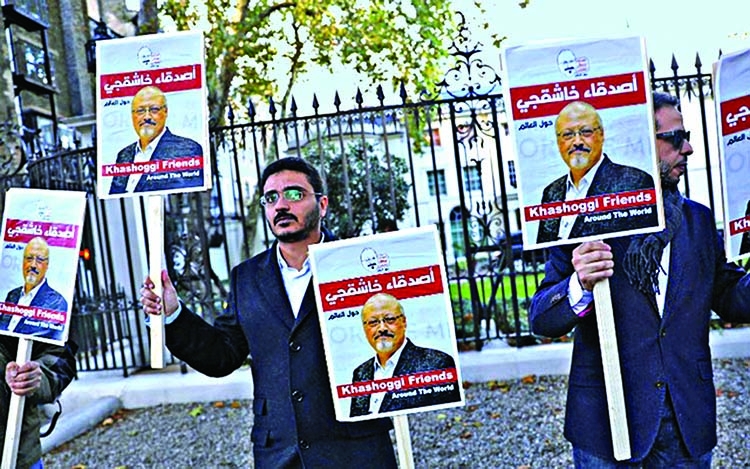 Dozens of Western countries voiced concern on Tuesday at Saudi Arabia's continued detention of women activists and called for those behind the killing of journalist Jamal Khashoggi to be brought to justice, reports Reuters.
At least a dozen prominent women's rights activists were arrested in Saudi Arabia in 2018 as it lifted a ban on women driving cars, a step that many of the detainees had long campaigned for. The women were rounded up as part of a broader crackdown on dissent.
Germany, speaking on behalf of the European Union at the United Nations Human Rights Council, brought up Saudi Arabia's "prolonged detentions of women rights defenders", including Loujain al-Hathloul. Several of the arrested women say they have suffered torture and sexual assault in detention, accusations which Saudi officials reject. "
We stress the need for full accountability and transparent prosecution of those involved in the killing of Jamal Khashoggi," said Germany's ambassador, Michael Freiherr von Ungern-Sternberg.Western nations also criticized Saudi Arabia's handling of the Khashoggi case.
A Saudi court this month jailed eight people for between seven and 20 years for the murder of the journalist in 2018 at its consulate in Istanbul. The trial drew criticism from a UN investigator and from human rights campaigners who said the masterminds of the murder remained free.
Denmark's ambassador to the United Nations in Geneva, Morten Jespersen, read out a joint statement on behalf of 29 countries -- including Australia, Britain and Canada -- urging the kingdom to "release all political detainees" and voicing concern at the detention of "at least five women activists".
They include al-Hathloul, Nouf Abdelaziz, Samar Badawi, Nassima Al-Sadah, Mohammed Al-Bajadi, and Miyaa Al-Zahrani, the International Service for Human Rights (ISHR) said in a statement.
"The immediate and unconditional release of the women's rights activists and human rights defenders would be a litmus test of the Saudi government's political will to improve the human rights situation," said Salma El Hosseiny of ISHR.