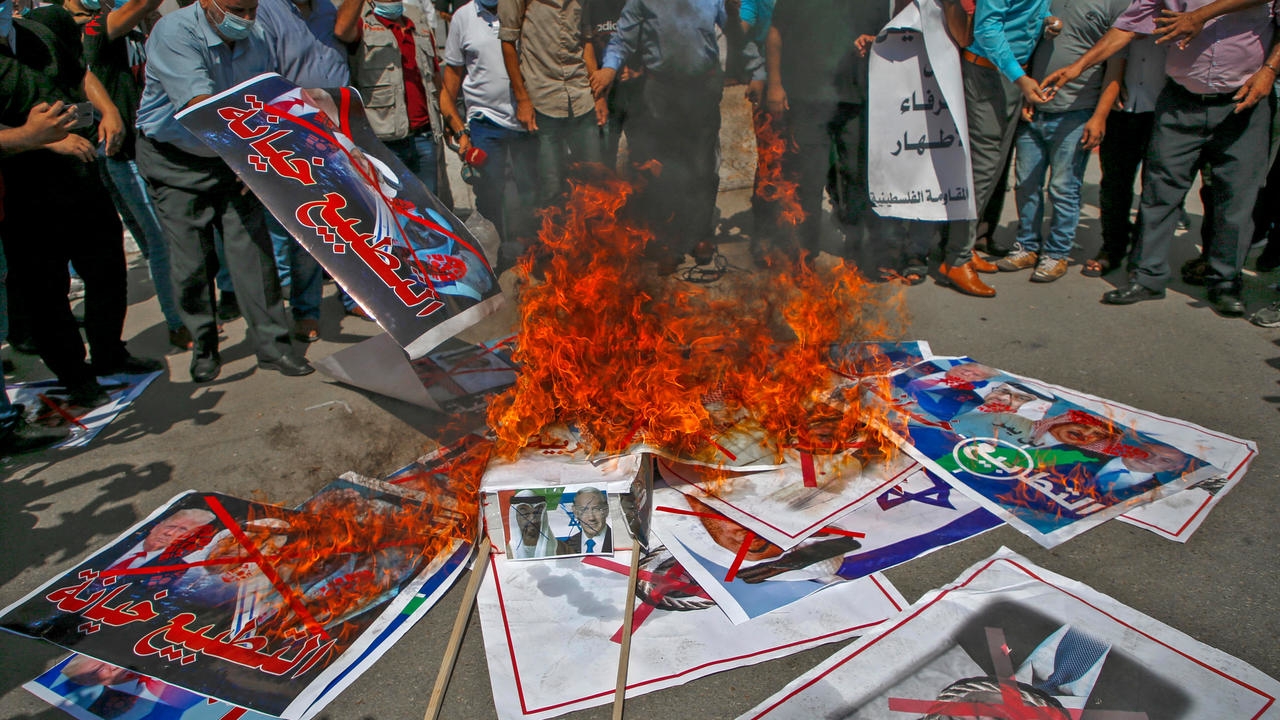 Hundreds of Palestinians protested Tuesday against landmark Israeli normalization deals with the United Arab Emirates and Bahrain, as the White House hosted a signing ceremony.
Clutching Palestinian flags and wearing blue face masks for protection against the novel coronavirus, demonstrators rallied in the West Bank cities of Nablus and Hebron and in the Gaza Strip.
Hundreds also took part in a demonstration in Ramallah, home of the Palestinian Authority.
Banners were displayed at the protests, reading "Treason", "No to normalisation with the (Israeli) occupier" and "The agreements of shame."
The decision by the UAE and Bahrain to normalise ties with Israel breaks with decades of consensus within the Arab world that a peace deal with the Palestinians is a prerequisite for establishing relations with the Jewish state.
In Gaza, protesters trampled on and set fire to placards showing Israeli Prime Minister Benjamin Netanyahu, Bahrain's King Hamad bin Isa Al-Khalifa and the UAE's de fact ruler Sheikh Mohamed bin Zayed Al-Nahyan.
"We say to the Bahraini regime and the Emirates that this normalization is a total betrayal of the Palestinian cause and the hopes of the Arab nation," said Ahmad al-Medalal, an Islamic Jihad official in Gaza.
The signing of normalization agreements with Israel marks a "black day" for the Arab world, Palestinian prime minister Mohammed Shtayyeh said Monday.
Israel and the United States have for years pressed Gulf countries to establish relations with the Jewish state, particularly in light of their shared animosity towards Iran.
The Jewish state has previously signed peace deals with just two Arab nations, Egypt and Jordan, in 1979 and 1994, respectively.--AFP