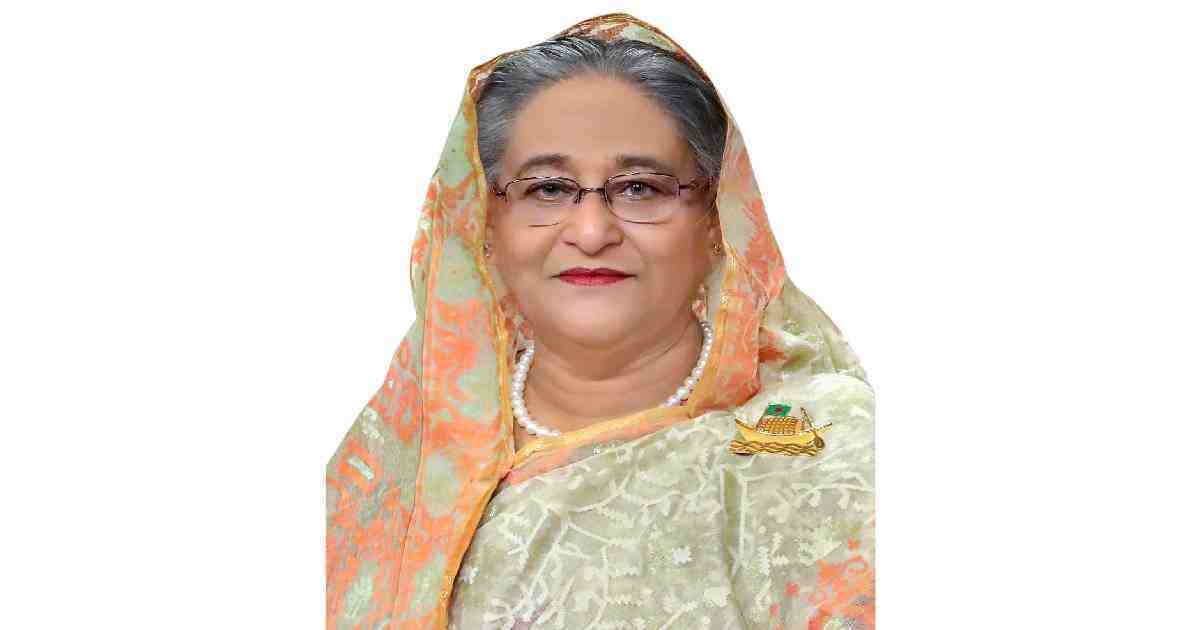 Prime Minister Sheikh Hasina on Wednesday said Bangladesh’s economy is more or less in a good shape now although the COVID-19 pandemic has dealt a severe blow to it as elsewhere in the world.
"We’ve announced our budget…don’t know how long we can do it (for implementing the budget), but we’ve to take our preparations. If things go well, we’ll be able to achieve the full. If it’s not, then we’ll see…we won’t step back. We placed our budget to keep our economy moving," she said.
The Prime Minister said this while addressing a meeting of Awami League presidium members at her official residence Gabobhaban.
She said Bangladeshi expatriates are facing some difficulties due to the COVID-19 and some of them have to return home.
Sheikh Hasina said many feared that the remittance will experience a setback in this pandemic, but it showed the opposite trend.
"Our remittance inflow has increased. It’s now USD 39.4 billion. We’re giving two percent special incentive for sending remittance….and our foreign currency reserve is now in a good shape as well," she said.
In the budget, Hasina said, the government fixed its deficit at 6 percent. In the last few years, the budget deficit was fixed at five percent. "We would have made it 10 percent had it needed. But it didn’t require..."
From the very beginning of this crisis, the government wanted to keep the economy of the country moving facing all the challenges, she said, adding the government also declared stimulus packages for keeping the trade and commerce functional on a limited scale.
Apart from the COVID-19 pandemic, the Prime Minister said, the government has to face some other natural calamities. "Due to timely effective measurers, we’ve been able to face these challenges."
The Prime Minister said there was a forecast of prolonged floods in the country and still some rivers are overflowing. "Riverbank erosions have taken a turn for the worse. We’re taking steps in this regard, we’re trying hard."
Sheikh Hasina, also the President of Awami League, said efforts of  the government as well as her party are to serve the people of the country standing beside them.
She thanked the leaders and activists of Awami League, Juba League, BCL and Krishak League, and government officials and personnel of law-enforcement agencies for their all-out efforts to help people in this crisis period.
As Awami League is in power, it thinks about the welfare of the common people at this crisis moment that engulfed the whole world. "Had there been any other party in power, it would never do the same thing. Instead, they would try to gain some benefits cashing in on this crisis, but we’re working hard with utmost sincerity."
She mentioned that this is what the policy of Awami League as taught by the Father of the Nation.
Talking about suspending all the programmes of celebrations over the birth centenary of Father of the Nation Bangabandhu Sheikh Mujibur Rahman, she said the safety and lives of people come first and that is why the government is holding its programmes virtually.