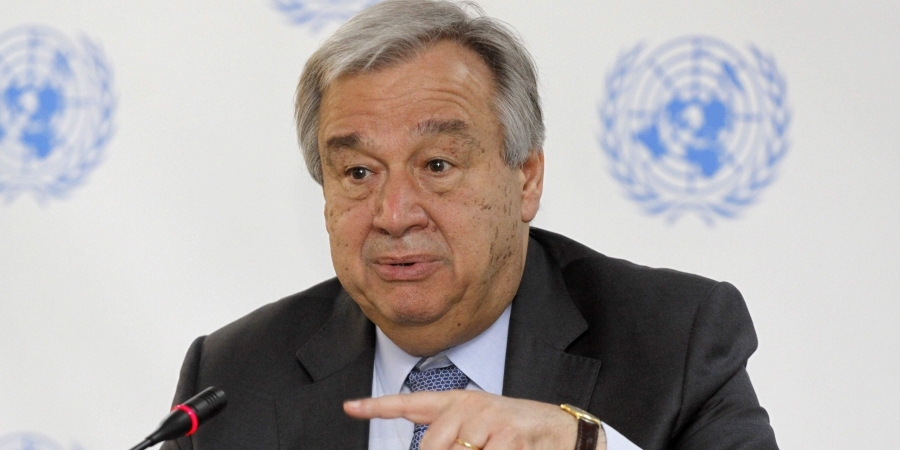 UN Secretary General Antonio Guterres has emphasized securing Covid-19 vaccine for everyone and said that a lack of solidarity on the part of some richer nations towards developing countries means we will all pay a heavy price.
“We need an affordable vaccine for everybody everywhere, because we will only be safe if everybody’s safe,” he told UN News in an exclusive interview ahead of the new General Assembly session.
“To think that we can preserve the rich people, and let the poor people suffer, is a stupid mistake,” he said.
Ahead of the unprecedented and mostly virtual UNGA75, Guterres said outlines his priorities for the year ahead.
The UN chief reiterated the imperative of silencing the guns through a global ceasefire so the world can truly unite against the virus; building true solidarity through the “global public good” of a vaccine for all, available to all; and making sure the world keeps global warming below 1.5 degrees and achieves carbon neutrality through climate action, by 2050.
Asked how he would assess where we are now with this pandemic, Guterres said he was “very worried” as the pandemic has shown us the enormous fragility of the world.
“A microscopic virus has put us on our knees. This should lead to a lot of humility in world leaders, and to unity and solidarity in the fight against Covid-19,” he said.
“But we know that there has been no unity. Each country has adopted its own strategy, and we see the results: the virus has progressed everywhere.”
Working together
Globally confirmed coronavirus cases stood at 29,477,183 with 933,490 confirmed deaths on Wednesday morning, according to the Center for Systems Science and Engineering at Johns Hopkins University (JHU).
The US, which is the worst affected country, has reported 6,604,156 cases with 195,735 fatalities. India’s coronavirus caseload has surpassed 5 million.
Coronavirus cases were first reported in China in December last year. The World Health Organisation declared it a pandemic in March.
Bangladesh reported its first cases on March 8 and the first death on March 18. The country has so far recorded over 340,000 cases and more than 4,000 deaths.
Getuerres noted that people in developing countries are suffering much because of a lack of solidarity among nations.
“This is negative for everybody,” he said, because if we are not able to properly address Covid-19 in these countries, the virus goes back and forth and we will all pay a heavy price, even in the richest countries in the world.
Guterres said we need everyone to work together and noted that it is absolutely essential that a vaccine be considered a global public good, a people’s vaccine.