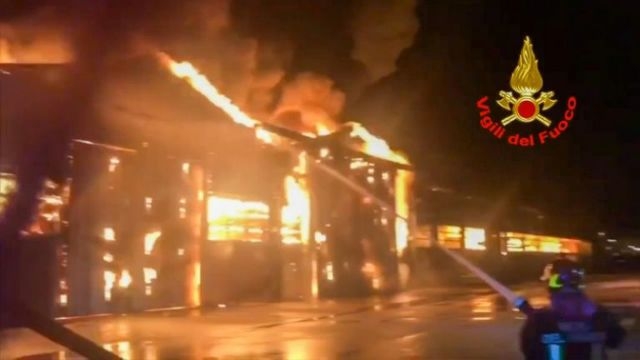 Explosions and a huge fire ripped through the port area of the Italian city of Ancona early Wednesday, destroying warehouses and lorries, but there were no casualties, firefighters said.
The flames created vast mushroom clouds of smoke in the city on Italy's Adriatic coast.
The explosions sparked the fire shortly after midnight. The blaze was under control Wednesday morning after the intervention of 16 firefighting teams, the fire service said on Twitter.
It was not yet clear what caused the explosions.
Warehouses in the area were likely to have stored flammable liquid, according to Rai news, which said there was a company nearby that produced liquid nitrogen, as well as a power station and methane plant.
As the smell of burning filled Ancona, the capital of the Marche region, the council said it had "temporarily ordered closed all schools, the university, the parks, open-air sports facilities."--AFP