Nusrat Faria back with new song 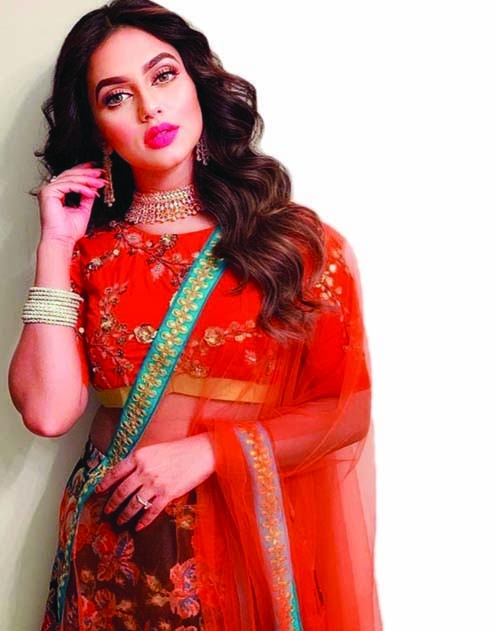 Nusrat Faria
Popular actress of two Bengalis is Nusrat Faria. She made her debut as a singer two years ago. She released the first song of her career 'Pataka'. After the release of this song, the heroine-singer has been flooded with criticism on the internet.
As popular as she is as a heroine, she continues to fly in the air of criticism more than a singer. The song 'Pataka' sung by her was hit with a mountain of dislikes on YouTube. There is a huge pile of negative comments in the comment section. At one stage, the production companies CMV were forced to turn off the like and comment options on the video of this song on YouTube.
After that, when she got busy in acting, we did not meet singer Nusrat Faria. After two years, Nusrat Faria is appearing again with a new song. The name of the new song is 'Ami Chai Thakte'. The big news is that the song was composed for Nusrat by popular Canadian rapper-composer Master D. Faria said that she has also finished shooting after recording the song. It is now just waiting for release. It is being released in early October, under the banner of Sri Venkatesh Films, a leading production company in India.
Nusrat said she finished recording and shooting the video of the song just before the coronavirus outbreak, outside the country. Her vocal presence is also in the video, there are also other surprises.