A Bangladeshi comic book character with his own short film 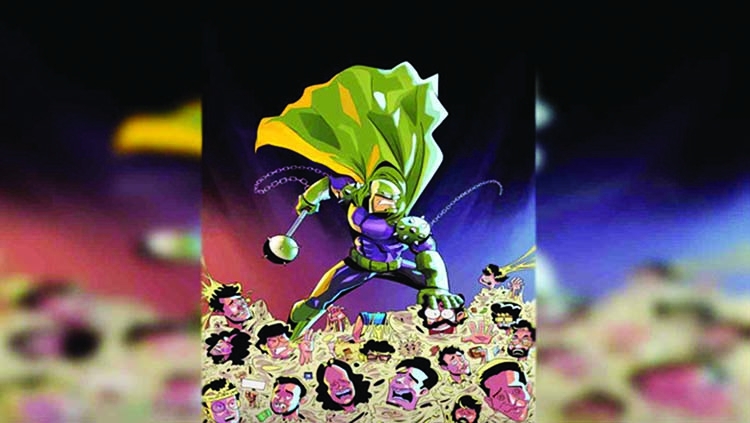 Breaking the fourth wall, phucka mama looks at the camera and thanks the viewers for their enormous support in the latest episode of 'Captain Kathal in Dhonnobad: The Thanks'.
The 5 minutes long hilarious animated short film begins with the last scene of the pilot episode - 'Captain Kathal in Baaper Rasta: The Wrong Road' where the phucka mama waves goodbye to 'Captain Kathal, our very own vigilante super-hero'.
Directed and edited by Samir AsranRahman and written by Oliver Simon Halder and Samir, the amazing animated short film is produced by Mighty Punch Studios. The storyboards and concept art was done by AsifurRahman. In 2019, the studio introduced the prickly 'Captain Kathal' comic book character in his first animated short film, 'Captain Kathalin Baaper Rasta: The Wrong Road'.
Since then, fans have been asking for new episodes. This new video conveys some important messages on sponsorship problems in our country in very comical ways. "The first episode was about the importance of road safety and respecting traffic rules. Of course we did it in a highly comical way. We had plans to make more 'Captain Kathal' episodes that had him taking on various problems in our society.
However, due to a number of reasons we have not been able to make those episodes yet. The latest episode is a 'thank you' to all our fans as well as an explanation as to why there has not been any new episode. It has a lot of Meta humor and a few pop culture references to movies such as 'Into the Spider-Verse' and 'Avengers: Infinity War'," Samir said. 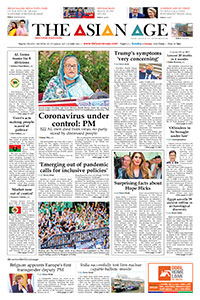