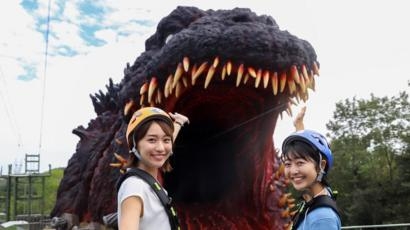 A Japanese theme park has unveiled what it believes is the world's first permanent "life-size" Godzilla statue.
The installation on Awaji Island, off the city of Kobe, measures 23m (75ft) and offers visitors the chance to ride a zip line right into Godzilla's mouth.
The beast's colossal size is one of its biggest draws and movie-goers have noted a growth spurt over the years.
Godzilla was originally 50m tall but shot to 120m in last year's movie Godzilla: King of the Monsters.
One self-described die-hard fan from Taiwan documented the changing size of the on-screen beast, in a picture published in Newsweek magazine.
While the new attraction on Awaji island is smaller than the film versions, it is bigger than other off screen incarnations. The famous Godzilla head on the Toho Building in Tokyo, by comparison, is only about 12m tall.
"As far as we know, this is the only life-size Godzilla statue ever built," said a spokesperson for Pasona Group, the recruitment company operating Nijigen no Mori Park.
"We would like Godzilla fans, including those abroad, to come and appreciate the massiveness of the monster they only know of through movie screens."
The new attraction, which opens to the public on Saturday, depicts a roaring Godzilla with a wide open mouth and spiky jagged teeth.
It appears as though half of the beast's body is buried underground.
Godzilla, thought to be a cross between a gorilla and a whale, has become a pop culture icon since it first hit the screens, spawning a franchise of over 30 films and spin-offs, video games and toys.
Movie legend
The film Gojira - a Japanese portmanteau of "gorilla" and "kujira" (whale) - was directed by Ishiro Honda and released by Toho Studio in November 1954.
It was a mega-hit, drawing 9.6 million viewers in the days before television sets were common in Japanese homes.
As the film's global fan-base grew, so did its reputation as a metaphor for Japan's post-war society and its anxieties over nuclear weapons.
Stephen D Sullivan, a fantasy author, has described the Godzilla character and films as "a reflection on the Japanese experience at the end of World War II".
They reflect a "destruction beyond imagining, and a lurking sense that 'we brought this on ourselves' somehow, even without meaning to", he told The Huffington Post. 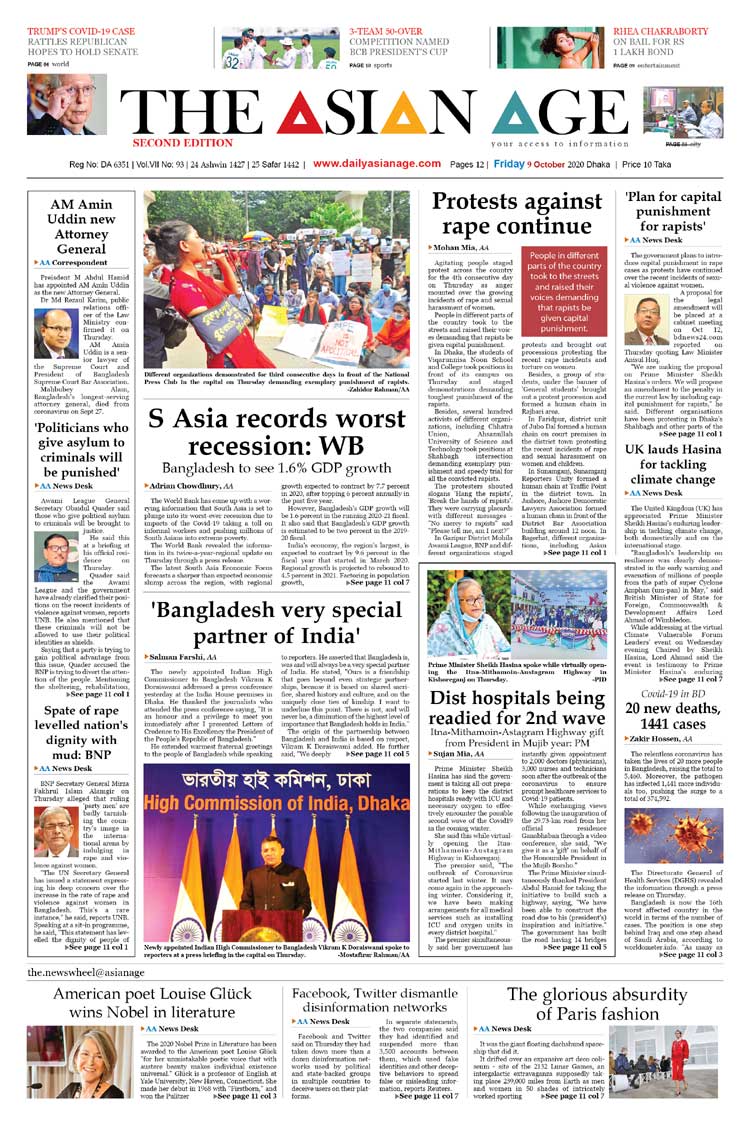