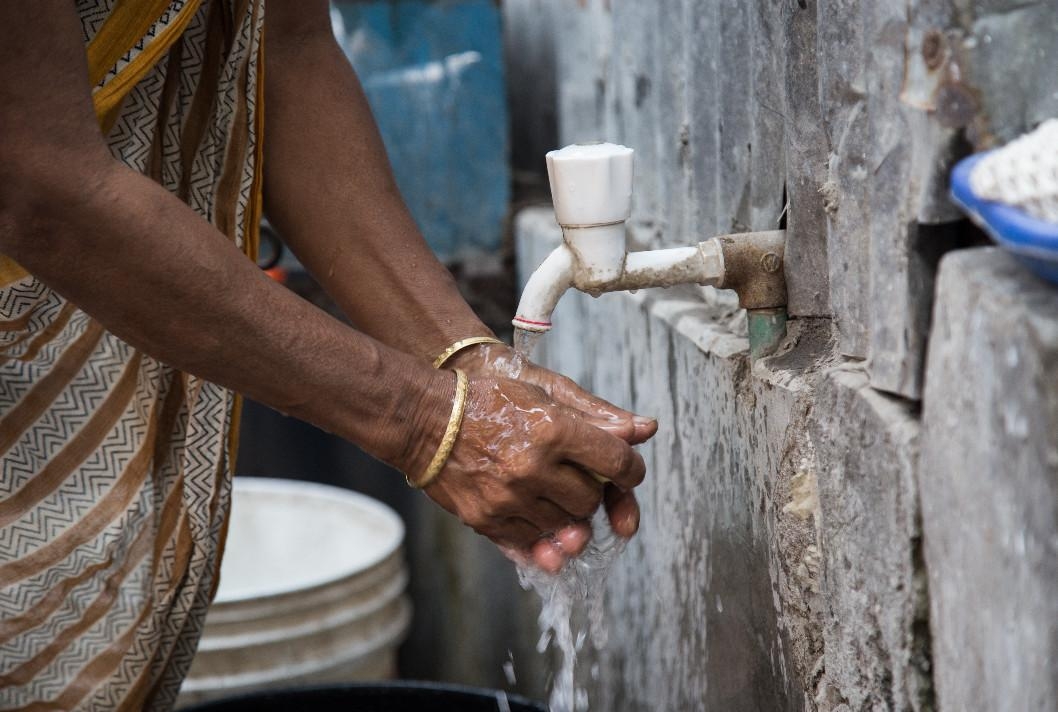 The full Bangla season of summer has overtaken the country. The season begins from the month of Chaitra and continues till Jaishtha. Like in every year, the scourge of water crisis has already begun hitting Dhaka city this year, too. The age-old long queues of low-income people beside roadside taps for collecting water these days comprise the usual spectacle of Dhaka. This year is no exception. To add to the various forms of the crisis of clean water in Dhaka, scores of its neighborhoods go without water supplied by Dhaka WASA for days or weeks in a row. It was unthinkable 2/3 decades ago. In the early days, even in the 1960s, Kuas (crude wells) were a common view in average households in the city. People would lift water manually from these wells with small buckets tied to long ropes or collect water from tube wells.
Some upscale areas had, however, water coming from the treatment plants. Safe drinking water should be treated as a basic human right, and has even been declared as such by the United Nations; it is nothing short of shameful how poorly we have treated our water resources, and how wantonly we have polluted our rivers. Much of the problem lies well within the control of the government all that is required is the will to put shallow, short-term interests aside, and do the right thing. Dhaka's overreliance on groundwater, which is provided by Dhaka Wasa, then, is a matter of great concern, particularly considering that the water table is currently depleting faster than it can be replenished.

To solve the problem, Wasa has turned to the Meghna river as an alternative; but sadly, Meghna, just like all our other rivers, is heavily polluted, and making the river's water safe to drink comes with a very steep price-tag. Alarmingly, a recent report issued by the Department of Environment has made the assessment that the water of the Meghna river will become totally undrinkable in five years We need a sustainable solution, and we need one fast, before a serious water crisis hits us again. For starters, it is a good idea to declare some zones as ecologically critical areas, where water quality and environmental pollution is monitored and strictly kept in check.
Furthermore, it is high time industries were made to update their technology, whereby their production waste is treated properly, and does not wreak havoc on our environment and our water supply. We have no other alternatives to using river water for all purposes. We have to bring water from the rivers where industrial pollution is much less. The water of Buriganga, Turag, Shitalakhya and Balu cannot be used because these rivers are extremely polluted. If we treat this water and supply it to the consumers, it will create a public health disaster. We have also carried out research on the Meghna river and found its water to be contaminated with the pollutants from nearby factories. However, the water quality of Padma and Jamuna is relatively better.

This water can be brought to Dhaka through pipelines and after treatment can be used by the residents of Dhaka. The use of ETPs should be made mandatory for all factories. If the laws are strictly enforced, the rivers will be pollution-free and the water can be used for industrial and agricultural purposes. The government must ensure that those who violate the law face harsh penalty. Another thing we should do is store water from Dhaka's surrounding rivers during the rainy season. During July-August, even the water of Buriganga gets cleaner. We will have to reserve that water by building polders, reservoirs and ponds all around Dhaka.This water can be used from November till April after proper treatment.
We should take a policy decision to not use groundwater for the next 15/20 years. It has to be done immediately. One of the results would be the groundwater table rising up. Water crisis and pollution are major issues in Dhaka and solving these problems should be given due importance by the government.According to the result of a joint study on water quality of Dhaka Wasa by ICDDR,B, and BUET, four out of ten Wasa zones are contaminated. The tests were conducted on water samples collected from 34 areas in 10 zones and high levels of arsenic and chlorine were found to be present. The High Court had earlier directed the Local Government and Rural Development to have the tests done and have the report submitted to it by recently.

We thank the court for its timely intervention, particularly in light of the fact that Wasa officials had steadfastly been claiming that the water supplied to Dhaka residents was safe for drinking. That position later changed on May 16 when the water supply agency admitted that 57 percent of the areas where it supplied water was polluted due to faulty pipes. Now that we have conclusive evidence about how bad the situation is and precisely which areas of the city are adversely affected, what will Wasa do about it? Will it be more of the same, as in resorting to delaying tactics to not take responsibility? Or will we see some positive steps to rectify a serious public health hazard that has the potential to cause harm to millions of residents?
What has been plain to residents in various parts of the city took a court order to force the authorities to step up and admit that there's something seriously wrong with the quality of water. Instead of making ridiculous statements that the water is completely safe to drink, Wasa needs to take appropriate steps to contain bacterial contamination. Funds need to be allocated immediately for technical support that will allow the supply authority to regularly monitor water quality and do necessary repairs to its network so that safe drinking water can be supplied to all of Dhaka's residents. Dependence on water purifying machines often ends in futility.

The so-called bottled mineral water is being frequently proven risky. Another malady adds to the process of deterioration in Dhaka's alarming fall in its aquifer level. Excessive lifting of ground water by various establishments, including high-rise apartments, is also singled out as being responsible for Dhaka's present water crisis. In spite of the high promises on the part of the authorities to solve the city's water crisis, many old residents remain doubtful this will happen any time soon. As they have been observing, such pledges have been coming from Dhaka WASA since long. But no lasting and effective remedies have been seen being in place. Given the continued sloppy performance in supplying piped water, Dhaka WASA cannot afford to drag its feet in implementing its long-promised development programmes.

Rayhan Ahmed Topader is a writer and columnist. 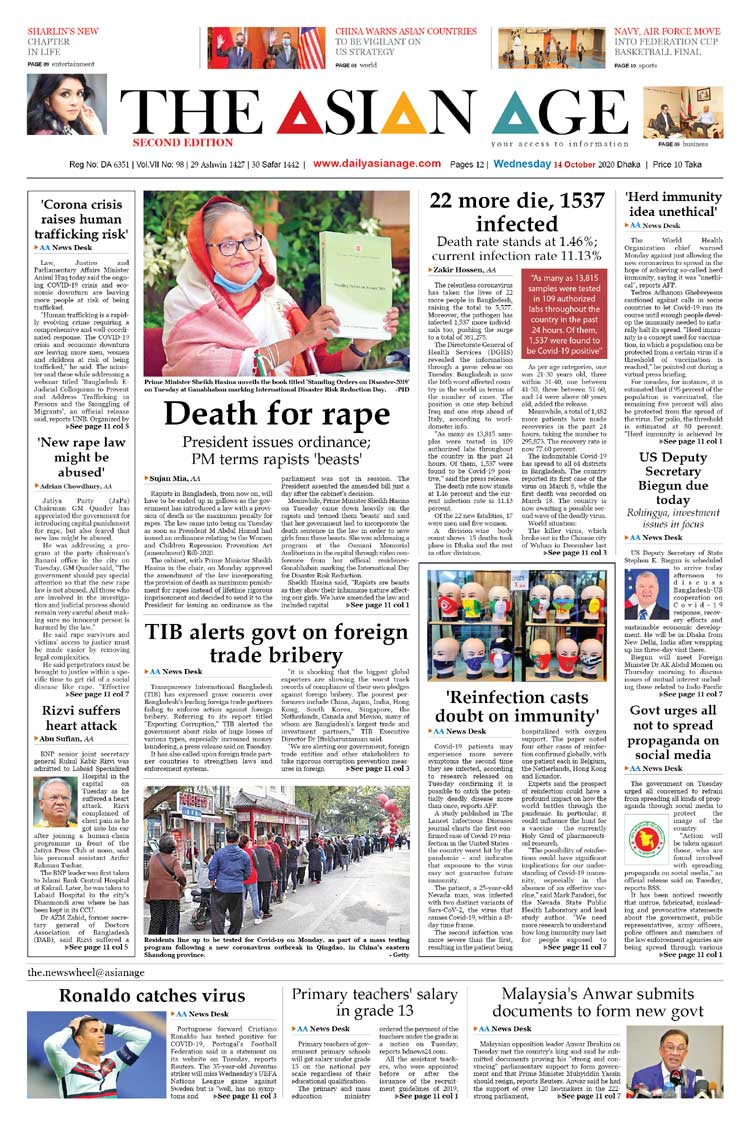