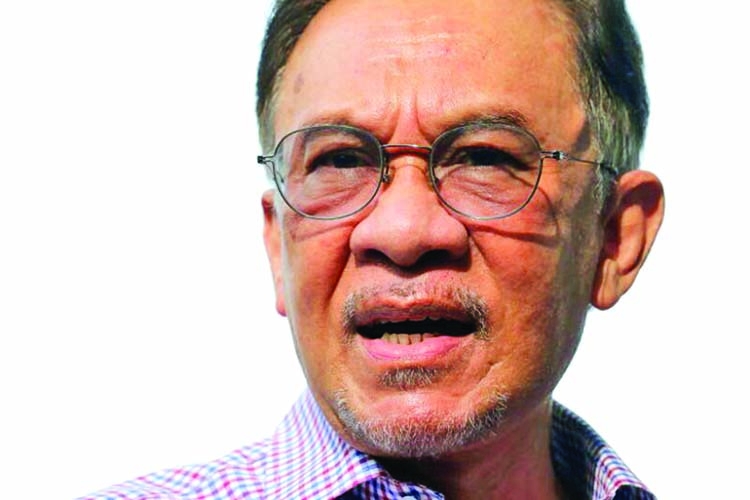 Malaysia's largest ruling party Umno denied on Saturday it would work with Datuk Seri Anwar Ibrahim despite reports and letters surfacing hours earlier that purportedly show party president Ahmad Zahid Hamidi and ex-prime minister Najib Razak pledging support for Anwar to take power.Umno secretary general Ahmad Maslan said that he, along with Zahid, "still holds to the existing stance of the Umno supreme council" to strengthen their existing coalition Barisan Nasional (BN) and pro-Malay Muslim pact with Parti Islam SeMalaysia (PAS), reports The Straits Times.
"No DAP, no relations with leaders that are allied with DAP such as Anwar Ibrahim and Tun (Dr) Mahathir Mohamad," Ahmad posted on Twitter, referring to the Chinese-dominated Democratic Action Party. Umno has often accused the DAP of undermining Malay-Muslim interests. The DAP is the largest bloc of MPs in Mr Anwar's Pakatan Harapan (PH) opposition pact which shockingly won the 2018 election, allowing Dr Mahathir to be installed as premier for 22 months before it collapsed in February.
Parti Pribumi Bersatu Malaysia president Muhyiddin Yassin was sworn in as premier on March 1 after cobbling together 113 out of 222 MPs to form the Perikatan Nasional (PN) government. But PN is now wobbling after its biggest component Umno said on Tuesday it wanted better terms to remain in the pact. Umno's demand came just hours after Mr Anwar had an audience with the King on Tuesday.
claiming later he had the support of at least 120 members of the federal legislature.The two letters, sighted by The Straits Times, indicated that Mr Anwar asserted to Sultan Abdullah Ahmad Shah that he had the backing of leaders in his PH, as well as Umno, totalling 131 MPs.One of the letters appeared to be signed off by Zahid and former premier Najib, saying Umno was withdrawing support for PM Muhyiddin and instead backing Parti Keadilan Rakyat president Anwar.