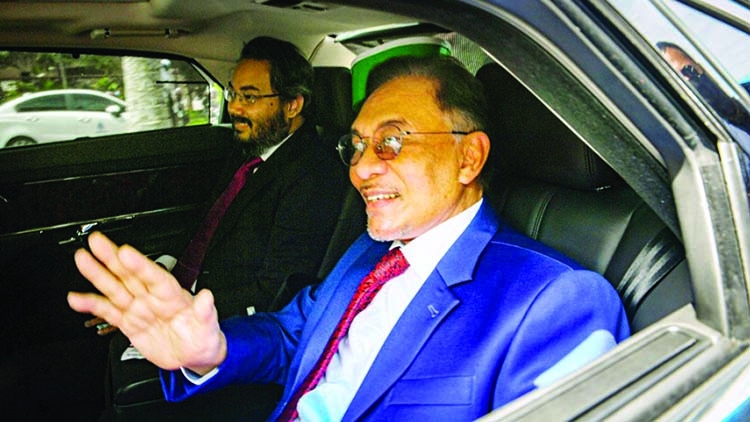 Malaysian police said Saturday they are investigating opposition leader Anwar Ibrahim over a sodomy accusation as well as his attempt to take over the government, denying his claim that the probes are politically motivated, reports Kyodo News. The former deputy premier recently made headlines by claiming he has majority support in the lower house to replace the current government led by Prime Minister Muhyiddin Yassin.
Whether Anwar's bid to form a government will succeed is unclear as his claim has not been accepted by King Abdullah Ri'ayatuddin, who has the constitutional authority to appoint as prime minister someone whom he thinks is likely to garner majority support in the chamber.The police questioned Anwar on Friday, he told reporters after spending about two hours at the federal police headquarters in Kuala Lumpur. He said the probes were "political harassment" and alleged that there were "political instructions" over the investigations.
The police said Saturday that among the cases they are looking into are a recently surfaced allegation that Anwar paid a man for sex several times back in 2013, and a list of lawmakers who have purportedly backed Anwar in his quest to form a new government.The police have received complaints from some of the lawmakers on the list who say they are not part of Anwar's plan, Criminal Investigation Department chief Huzir Mohamed said in a statement.
"The investigation was conducted professionally without any political pressure or instruction from any party," Huzir said, adding that the investigation was launched after the list appeared on an online portal following Anwar's announcement on Sept. 23 that he has majority support in the lower house.
Anwar met with the king on Tuesday to submit documents to prove his claim.Muhyiddin, who replaced Mahathir Mohamad as prime minister in March, rules with razor-thin support in the chamber and has faced a string of attempts by his political rivals to dislodge him from the perch.
Anwar was twice convicted and sent to prison for sodomy. Both times he claimed to have been a victim of political conspiracy. He was pardoned by the king and freed in 2018, allowing him to run for office and stage a political comeback.
The fresh allegation surfaced two months ago when a right-wing blogger tweeted that a man named Aidil Azim bin Abu Adam had made a sworn declaration in June about Anwar's alleged act in 2013.The man has since said he was tricked by the blogger into making the claim. Police investigated both but have so far taken no action against either of them.
Anwar said Friday's questioning also touched on the allegation, though the questions he was asked were of a more general nature. "It's a political ploy to put pressure on me," he added.The police also asked Anwar for names on the list he had purportedly submitted to the king, but he did not give them, the opposition leader said.He noted that what he submitted was not a list of names but rather letters signed by party leaders that state the number of lawmakers from each party who support him. 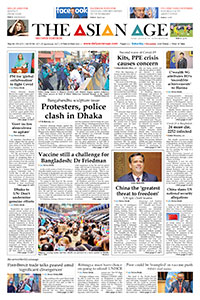