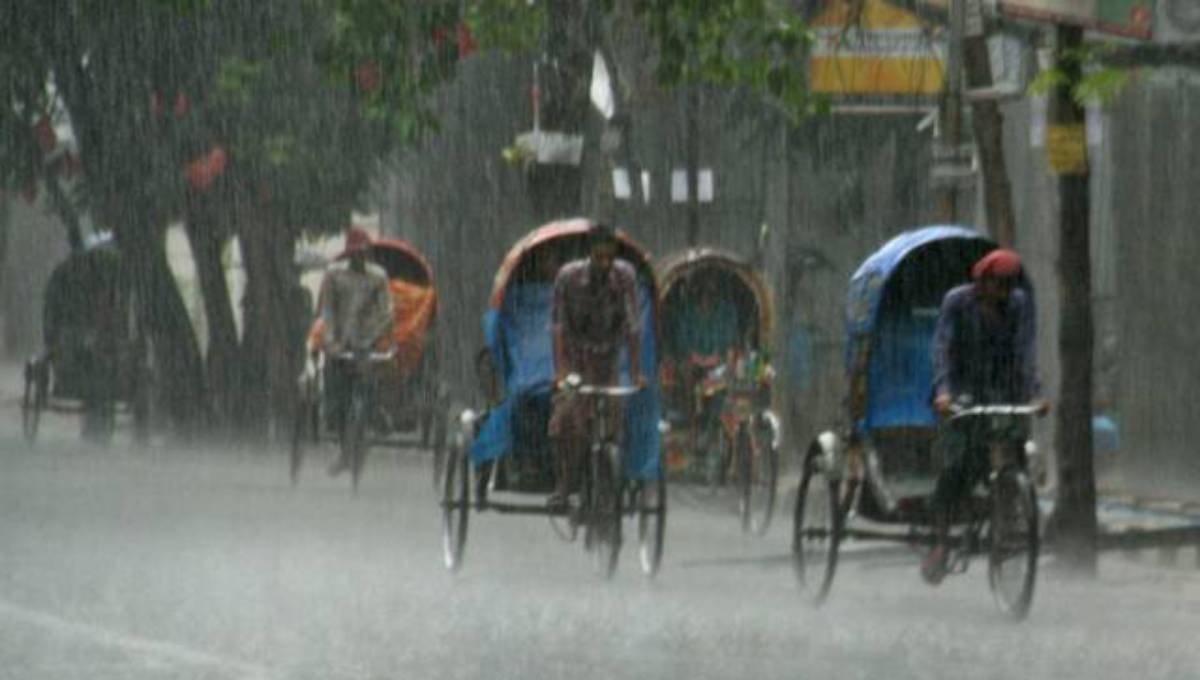 Heavy rainfall is likely to drench parts of Bangladesh and India's West Bengal as Hindu devotees gear up for the Durga Puja celebrations.
Widespread rains and squally weather conditions have been forecast across the region after a trough of low over the Bay of Bengal intensified into a well-marked low-pressure system over west-central Bay of Bengal.
It is likely to move north-westwards on Thursday before heading north-eastwards towards West Bengal-Bangladesh coasts across north-west Bay of Bengal off the Odisha coast during the next 48 hours, according to the India Meteorological Department (IMD).
The IMD has forecast widespread heavy to very heavy rainfall and squally wind conditions in Andhra Pradesh, Odisha, West Bengal and the northeast until Oct 24.
“On Thursday, the system will intensify into a depression and head north-eastwards. It is expected to cross West Bengal and Bangladesh as a depression on the morning of Oct 24,” said Mrutyunjay Mohapatra, director general of IMD.
“On Oct 23 and 24, the wind speed could go up to 45-55 km/hour, gusting to 65 km/hour. Squally winds would prevail along north Bay of Bengal,” he added.
The weather could play spoilsport during the Durga Puja festivities as the heaviest rainfall is expected to lash these regions on Oct 23 and is likely continue till the forenoon of Oct 24.
Meanwhile, the Bangladesh Meteorological Department has advised maritime ports of Chattogram, Cox’s Bazar, Mongla and Payra to hoist local cautionary signal No. 3.
Thundershowers accompanied by temporary gusts are on the cards in most places over Dhaka, Khulna, Barishal and Chattrogram divisions with moderately heavy to heavy falls in other parts of the country in the coming days.
The squally weather conditions are likely to persist during the next two days, according to the Met Office.
The Met Office has asked fishing boats and trawlers in the north Bay of Bengal and the deep sea to remain near the coast and exercise caution until further notice.