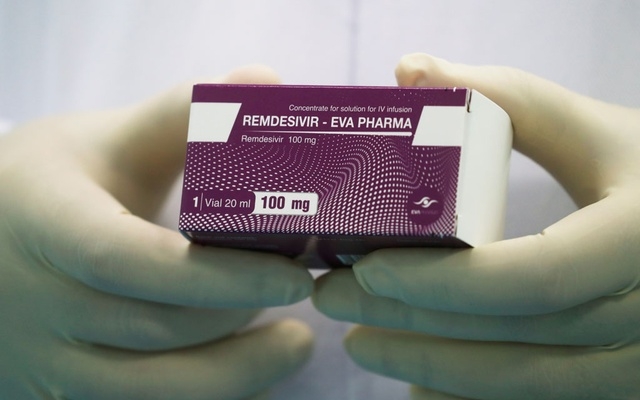 The Food and Drug Administration said on Thursday that it had formally approved remdesivir as the first drug to treat COVID-19, a move that indicated the government’s confidence in its safe and effective use for hospitalized patients.
The FDA said the drug had been approved for adults and pediatric patients ages 12 and older and weighing at least 40 kilograms (about 88 pounds) who require hospitalization for COVID-19, the disease caused by the coronavirus, which has killed more than 220,000 people in the United States.
The FDA had granted remdesivir emergency authorization in May after a trial by the National Institutes of Health found that it modestly reduced the recovery time in hospitalized patients. President Donald Trump received the antiviral drug after he began showing symptoms earlier this month. The drug does not prevent death from COVID-19.
The formal approval by the FDA indicated that the drug had cleared more rigorous regulatory hurdles involving a more thorough review of clinical data and manufacturing quality since it was given emergency authorization in May.
“The FDA is committed to expediting the development and availability of COVID-19 treatments during this unprecedented public health emergency,” Dr Stephen Hahn, the agency’s commissioner, said in a statement. “Today’s approval is supported by data from multiple clinical trials that the agency has rigorously assessed and represents an important scientific milestone in the COVID-19 pandemic.”
Remdesivir, which was originally developed as a treatment for Ebola and hepatitis C, interferes with the reproduction of viruses by jamming itself into new viral genes. A study of more than 11,000 people in 30 countries sponsored by the World Health Organization found that the drug failed to prevent deaths in patients with COVID-19.
The drug did not go through an outside panel of experts, called an advisory committee, before being approved.
Dr Peter Lurie, a former associate commissioner with the FDA and now president of the Center for Science in the Public Interest, said that was not unusual.
“The FDA tends to pick for advisory committees those drugs that are most novel and those that present safety issues, and those that are close calls with respect to effectiveness,” Lurie said. “This is not a blockbuster drug. This is not some massive breakthrough. It’s a drug that appears convincingly to benefit patients, but it’s not some kind of miracle cure.”
Thursday’s approval did not cover the entire population that was covered under the agency’s emergency authorization in May.
That emergency authorization allows doctors to use the drug on hospitalized pediatric patients weighing between 3.5 kilograms (not quite 8 pounds) and 40 kilograms or hospitalized pediatric patients less than 12 years of age who weigh at least 3.5 kilograms. Clinical trials assessing the safety and efficacy of the drug in this pediatric patient population are ongoing, the FDA said.
The drug was approved less than two weeks before Election Day, as Trump has been promising a “cure” for COVID-19. Shares of Gilead Sciences, the company that makes remdesivir, rose on Thursday amid news of the FDA action.
“As part of the FDA’s Coronavirus Treatment Acceleration Program, the agency will continue to help move new medical products to patients as soon as possible, while at the same time determining whether they are effective and if their benefits outweigh their risks,” Hahn said.
© 2020 The New York Times Company