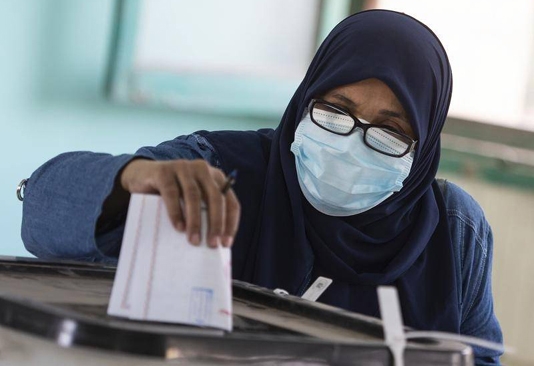 Polls closed in Egypt Sunday after the first phase of parliamentary elections in which candidates loyal to President Abdel Fattah al-Sisi are expected to sweep to victory.
Some 63 million voters out of Egypt’s more than 100 million people are eligible to elect 568 of the 596 lawmakers in the lower house, widely seen as a rubber-stamp body for executive policies.
The remaining deputies will be appointed by former army general-turned-president Sisi, whose government has over the past six years silenced any serious political opposition to its rule.
The first phase of voting took place over the weekend in 14 provinces including Cairo, Alexandria and Aswan.
Polling stations opened on Saturday morning and closed on Sunday at 9 pm local time (1900 GMT).
The second stage of voting, to be held on November 7-8, will cover Egypt’s 13 other provinces.
Run-offs are scheduled to take place in November and December, and the newly elected lawmakers will begin their terms in January.
The new parliament will be the second to convene under Sisi, who took office in 2014 after the previous year leading the military ouster of Islamist president Mohamed Morsi.
The outgoing legislature, elected in 2015, was packed with Sisi supporters and featured only a small opposition bloc known as 25/30.
Over 4,000 candidates, believed to be mostly pro-government, are competing for 284 of the 568 seats reserved for individuals. Eight party lists are running for the remaining 284 seats.
Many of the candidates also stood for election five years ago in a political landscape marked by the presence of dozens of parties but with little weight and influence on the ground.