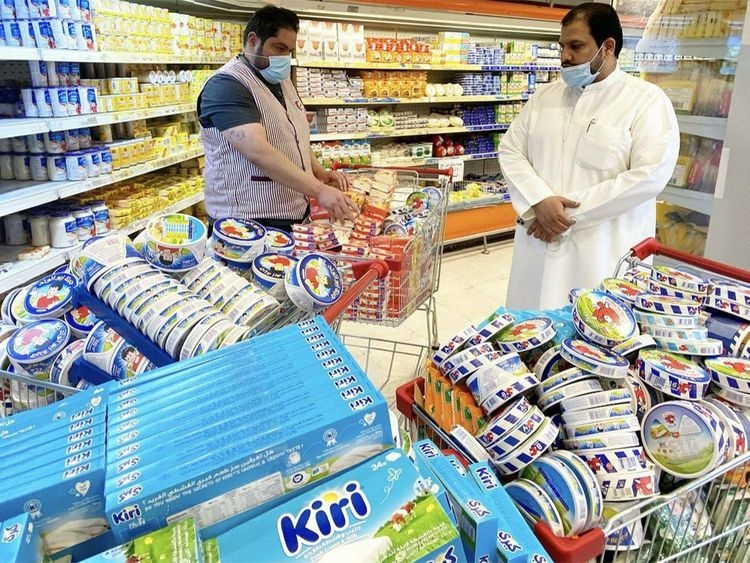 The French Foreign Affairs Ministry has urged the Arab countries to take immediate steps to end boycott of French products.
"These calls for boycott are baseless and should stop immediately, as well as all attacks against our country, which are being pushed by a radical minority," the French Foreign Affairs Ministry said in a statement released on Sunday(October 25).
French products have been removed from several outlets in Kuwait, Jordan and Qatar with non-governmental Consumer Co-operative Societies issuing directives to boycott in response to perceived insults heaped on Mohammed (regarded as Muslims as their holy prophet) .
The backlash erupted after French President Emmanuel Macron condemned the gruesome beheading of a French history teacher who showed cartoons of Mohammed in class. Muslims view any depiction of Mohammed as blasphemous.
Macron said that the teacher, Samuel Paty, "was killed because Islamists want our future", but France would "not give up our cartoons".
An unfazed Macron continued to talk tough. He tweeted on Sunday "We will not give in, ever" to Islamic radicals. "We do not accept hate speech and defend reasonable debate."
A hashtag calling for the boycott of French supermarket chain Carrefour was the second-most trending topic in Saudi Arabia, the Arab world's largest economy. Several co-ops visited cleared the shelves of items such as hair and beauty products made by French companies.
The Organisation of Islamic Cooperation on Friday (Oct 23) condemned the brutal beheading of teacher but also criticised the "justification for blasphemy-based harassment of any religion in the name of freedom of expression".