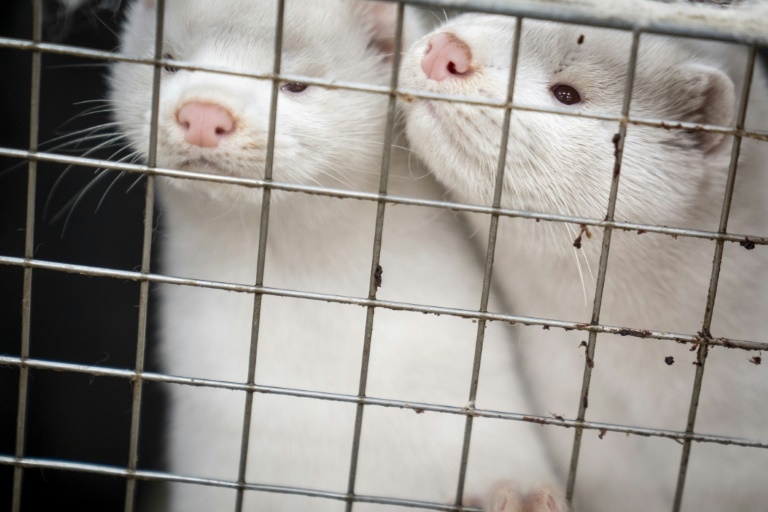 Coronavirus transmission from minks to humans does not necessarily mean the disease will become more dangerous, but scientists are on their guard in the wake of an astounding announcement from Denmark.
Danish Prime Minister Mette Frederiksen said Wednesday that the country will kill more than 15 million minks and that a variant of the SARS-Cov-2 virus that had been transmitted from the animals to 12 people could impact a vaccine's effectiveness.
Global media reacted with shock, especially given the high level of fear already caused by the Covid-19 epidemic that has claimed more than 1.2 million lives in less than a year.
Specialists are not convinced however that the danger is much greater and are waiting for more evidence.
"I really wish that the trend of science by press release would stop," commented Angela Rasmussen, a virologist at Columbia University in New York.
"There's no reason why the genomic data couldn't be shared, which would allow the scientific community to evaluate these claims," she added on Twitter.
Viruses such as the one that emerged in China late last year mutate constantly and new variants are not necessarily worse than the previous ones.
So far, no study has shown newer SARS-Cov-2 variants to be more contagious or dangerous than their predecessors.
The contamination of minks is not new either, with breeders in several countries, including the Netherlands, Spain, Sweden and the United States reporting cases.
A few cases of humans being infected by minks have also been reported.
Denmark has been specific in describing how the different strain of the virus jumped from mink to man.
"According to the information from Danish authorities, this virus is neither more pathogenic, nor more virulent," specialist Gilles Salvat at the French health agency Anses told AFP.
There is concern however that a variant "emerges like a second virus and dominates the population," he noted.
"Coming up with a vaccine for one strain is already complicated, and if we have to do it for two, four or six strains it is even more complicated," the specialist noted.
He considered the decision to cull Danish mink to be a "precaution."
Francois Balloux, who teaches at University College London, agreed, telling AFP: "This measure is entirely justifiable from a health perspective to eliminate the transmission source of a serious virus."
He nonetheless also felt that "evoking the risk that mink could generate a second pandemic seems excessive and counter-productive in the current fearful climate."
Balloux noted that similar mutations exist within the population already and have not spread.
"We know this virus with the same mutations emerged on mink farms, was transmitted to humans and did not spread widely," the professor said.
All the same, it was not "completely impossible" that the new strain "could spread and render vaccines less effective," he acknowledged.
Meanwhile, "the true implication of the changes in the spike protein have not yet been evaluated by the international scientific community and are thus unclear," remarked James Wood, head of veterinary medicine at the University of Cambridge.
"It is too early to say that the change will cause either vaccines or immunity to fail," he told the Science Media Centre.
Cases have also been noted of contamination by the Covid-19 virus from cats, dogs and even lions and tigers at the New York zoo.
But at this point, "the risk of animals spreading Covid-19 to people is considered to be low," according to the US Centers for Disease Control and Prevention (CDC).
Dogs and cats are dead-ends from an epidemiologist's point of view, Salvat explained, because "they can provisionally host the virus, but cannot multiply it enough to be contagious."
French authorities have nonetheless urged Covid patients to "avoid all contact" with their pets, especially ferrets, which belong to the same family as minks.
Virologist Rasmussen expressed concern about the chances of the coronavirus being spread by wild cats.
"Cats are susceptible to infe
ction and there are millions of feral cats in the US (and millions more globally). If cats become an established reservoir, we may be stuck with SARS-CoV-2 for years to come," she warned. - AFP 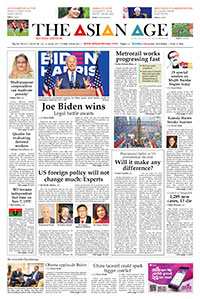