Modest Fashion in Muslim majority countries and the prospect of Bangladesh 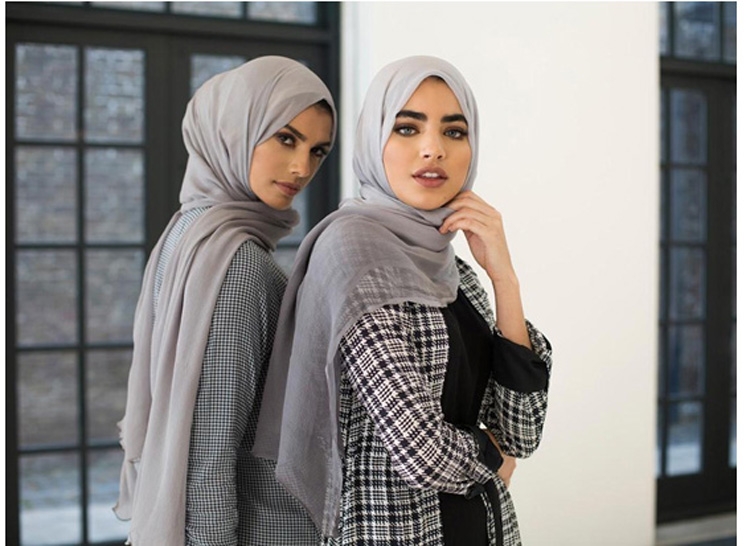 Modst Fashion industry of the world is gradually expanding and this industry has a huge prospect to occupy the Non-Muslim community also. The Modest industry is estimated to be worth USD 2.3 trillion excluding Financial Market with 20% annual growth.  Food sector is dominating in the modest industry with 61% market share followed by Pharmaceuticals (26%), Cosmetics (11%) and other 02%. In addition, Fashion or Modest Fashion Industry is emerging as a potential market segment for Apparel Producing Nations. The World Market Size of the Modest Fashion Industry (Apparel) is expected to be worth US$ 373 billion in 2022 from USD 254 billion in 2016 according to the estimation of State of the Global Islamic Economy 2017-18 Report.
Generally Modest Fashion is generally practiced by Muslim Community. The religious Muslim Man and Woman has to comply with the instructions and guideline prescribed in the Holy Book Quaran. There has been given instruction in the Holy Book Quran about the dress, food and other ways of life to be followed by the Muslim.  Especially Muslim women have to wear the dresses that cover their whole body in order to avoid any sorts of indecent exposure.  Islamic clothing differs country to country and from person to person, the basic characteristics that need to be prevailing in Islamic clothing are below -knee length, long sleeves and necklines.
Modest Fashion Product:
As per the definition of the modest fashion given above the following products are termed as Modest Clothing:
"    kaftans
"    saris
"    abayas
"    hijabs
"    kurtas
"    thobes/ thawb
Islamic clothing also includes other clothing items that confirm to Islamic dress code, such as long dresses, long sleeves, maxi skirts, wide-leg trousers, loose fitting clothes and high necklines.
The Modest Fashion industry is an emerging potential market for the Apparel Producing Enterprises of the world.  This industry is not only limited to Muslims community but also able to attract the non-Muslim Fashion lovers. The market size of this segment was estimated at USD 252 billion in 2017 and expected to be increased by this time at USD more than 300 billion.  The consumer spending, among the Muslim population in the food and lifestyle sector, including modest clothing, is estimated to reach over USD 3.0 trillion by 2021 from USD 1.9 trillion in 2014, according to the State of the Global Islamic Economy Report.

Ethnic wear, burkhas , thobes , hijab, Prayer outfits ,  and abayas,  is dominating the modest Fashion  industry with over 70.9% market share . The demands of these products are surging in a continuous pace due to increasing availability of products through various brands including Tommy Hilfiger, Dolce & Gabbana, and DKNY globally. Prayer Cap, Panjabi and Pajama (Prayer dress and traditional wear) and other fashionable dress focusing religious flavor are also getting popularity among the Muslim and Non-Muslim community.
Muslim Population is the second largest in terms of size/number i.e. 1.8 billion.  Considering the present trend of growth of Muslim Population, it is expected that the Muslim Population will exceed Christianity by the end of century. Muslim constitutes about 24% of the world total population.   (Source: Pew research center).  In view of this situation, we can say that the prospect of  Modest Fashion Industry is enormous.
UAE is the Market leader in this segment while Turkey is in the second Position. Italy, France, China are holding the 3rd, 4th and 5th Position respectively. Morocco another Muslim majority Country is holding the 10th Position. (Source: State of the Global Islamic Economy Report -2017)
The World reputed fashion brands are not confining themselves to attract the wealthy Muslim Women of oil rich nations during Festivities like Ramadan but also other festivities of Muslims.  The market is moving towards mainstream fashion, from luxury brands to high-street stores. Models in hijabs are walking the clothes of Dolce & Gabbana on catwalks, clothing giant H&M recently released an entire modest fashion collection called LTD and Uniqlo also sells a modest fashion line.
Bangladesh is the second largest apparel producing nation of the world (Though Vietnam exceeded Bangladesh in exporting apparel during first six months of 2020).  Due to the following positive aspects of the apparel sector, Bangladesh has immense opportunity to grab the a good amount of  market share of Modest Fashion industry:

01.    Second Largest Apparel Exporter in the World;
02.    6,500 Garment Factories
03.    RMG sector has more than 100 Green Factories;   7 out of world's top-most 10 green factories are situated in Bangladesh.
04.    4 Million Workforce;
05.    US$ 34.13 billion Export Earnings;
06.    Available Backward linkage Industry;
07.    Maintaining Compliance Issues;
08.    High Value Added Apparel Production is on the Rise.
09.    Preferential Market Access to  EU, Japan, Canada, Australia, China, India and other developed countries
10,    Recently Chinese Government has given 97% products' access to china where   RMG is included.
11`.    Bangladesh has the capacity to utilize the untapped market of Modest Fashion Market/Islamic Clothing in Africa, Middle East and South America.
12.    Market Size of the Modest / Halal Fashion is more than USD 250 billion and growth is also uptrend.
13.    Bangladesh is a Muslim Majority country and acceptability of Bangladesh origin RMG in the Muslim Community seems to be high.
14.    Bangladesh is exporting its apparel to Africa and Middle East which are one of the largest markets for Islamic Clothing. As the export volume is negligible, Bangladesh has huge scope to grab a good number of market shares of those regions.

Bangladesh can be a good contender for holding a good bunch of market share from Islamic Clothing / Modest Fashion Industry. Apparel manufacturing enterprises cum exporters are very much capable for producing Islamic Clothing for the existing Modest Fashion Industry. Bangladesh is exporting Islamic ethnic wear to Middle East but the amount is not significant.  The traditional local fashion brands (Aarong and Deshi dosh) and women entrepreneurs belonging to Bangladesh Small and Cottage Industry Corporation (BSCIC), SME Foundation, Jatiyo Mohila Sangstha  and National Association of Small Cottage Industries of Bangladesh (NASCIB) can be engaged also to avail the opportunities lying in the Modest Fashion Industry .
In order to hold enormous market opportunity in the Modest Fashion Industry, following steps can be taken into consideration:
1.    Market Intelligence (MI) platform to be ensured with a view to providing market analytic information regarding Halal Fashion/ Modest Fashion Industry / Islamic Clothing of the world so that the potential exporters can take initiative for exploring the market.
2.    Market Development Initiatives like taking part in the International Trade fair, arranging Trade Conference and Single country Trade Fair focusing B2B meeting can be undertaken in Africa, Middle East and South America region in order to explore new market over there.
3.    BGMEA and BKMEA can take special measure to disseminate the information as to the potentialities of the Modest Fashion Industry among their members.
4.    Commercial Counsellors assigned in Middle East and African region can be given special assignment to develop market for Islamic Clothing.
5.    ODM (Original Design Manufacturing) to be emphasized to offer variety of designs to the potential buyers of Islamic Clothing.
6.    Necessary Initiative can be initiated to create Brand Bangladesh Initiative. In this case BGMEA and BKMEA can take the lead role.

The target group of Modest Fashion industry is not only Muslim community but also other religions' fashion lovers. . To reap the benefit of this industry we have to enrich the Market Intelligence ability of the Trade facilitators like EPB, BGMEA, BKMEA and other trade associate bodies.
Capacity of the industry insiders also to be enhanced  by providing technical support like developing R& D and Human resources to draw the attention of the potential buyers. Ministry of Commerce can assess the possibility of Free Trade Agreement (FDA) with The African Continental Free Trade Area (AfCFTA) which is a free trade area with 28 member countries. In addition, initiative can be taken to further renew the relations with the countries of Middle East through strengthening economic diplomacy.