American Election 2020: Our Expectations for the Country 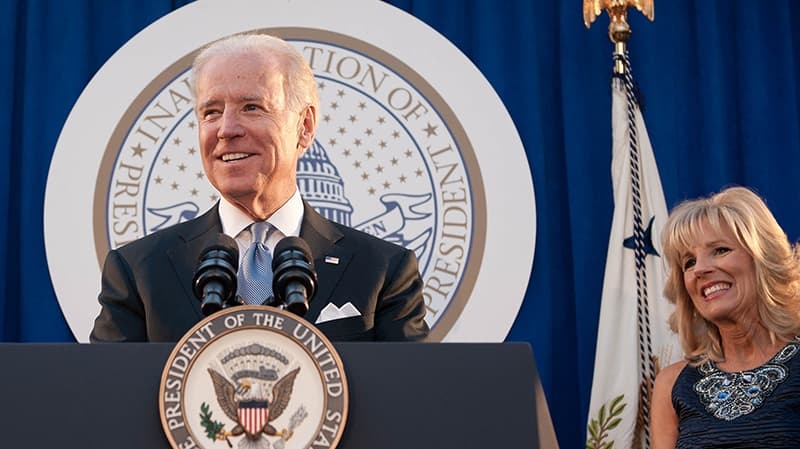 The United States is the most influential country in the world due to its economic strength and military capabilities. That is why the whole world, including Bangladesh, is looking at the nature of the presidential election campaign. Although there have been various discussions on the role or position of the United States in Bangladesh since the War of Independence, there has been no negative impact on the two countries, which I think is positive.
While this is true, no matter which candidate wins the election, I don't think it will have a negative impact on the two countries. Because it is not very important for Bangladesh which party wins there because the United States does not change its foreign policy in a hurry?
Although there are many differences of opinion in the policy of the two countries, overall it is not a negative thing for Bangladesh. Which I think is positive about the two countries. Everyone is now applauding the victory of Democratic leader Joe Biden in that country.
I think the victory of Joe Biden may strengthen America's relationship with Bangladesh. We expect the new president to cooperate with the country on a number of important issues.
What we can get from the US right now is the GSP facility for trade, the country's strong position on Rohingya repatriation, the benefits of exports as well as the Free Trade Agreement and a little generosity and cooperation in legal immigration and trade.
Although we have seen many incidents in the past, the United States may object to issues such as democracy or human rights in this country. But their position has never been unfavorable for Bangladesh. GSP may not pay for now. However, this could be a great achievement for Bangladesh. Now I think Bangladesh can start the free trade agreement with the United States but it will be positive.
We hope that Joe Biden's victory and his speeches and promises will be able to play a positive role in building a peaceful relationship with the rest of the world, regardless of religion or creed.
President-elect Joe Biden, speaking of the strategic position in South Asia, said that economic development was important and that the United States should come forward with more investment in the development of Pakistan.
It may be mentioned here that the US trade with Bangladesh has already exceeded eight and a half billion dollars and there is a Trade and Investment Co-operation Framework Agreement (TICFA) for bilateral talks on trade and investment between the two countries.
Although, according to many, the country was officially against Bangladesh during the War of Liberation, there was widespread support from the general public and the media for Bangladesh, which led the United States to recognize Bangladesh immediately after independence.
The United States recognized Bangladesh on April 4, 1972, almost four months after the country became independent, and in the 49 years since then, relations between the two countries have come a long way, especially in terms of trade relations.
At the moment, the United States is second only to Saudi Arabia in the Middle East in terms of expatriate income.
According to the report, "Bangladesh signed its first bilateral agreement with the United States in May 1972, under which newly independent Bangladesh began receiving $ 90 million in aid at various stages. Analysts believe that bilateral relations have intensified since then.
Bill Clinton was the first US president to visit Bangladesh in March 2007. Later in 2012, a strategic agreement was reached between the two states. The then US Ambassador to Bangladesh described the relationship between the two countries as "vibrant, multifaceted, and essential". We think so too.
At the request of President Donald Trump's administration, Bangladesh recognized Kosovo as an independent country, which is positive.
Since the United States is the largest exporter of Bangladesh as a single country. The United States accounts for one-fifth of Bangladesh's exports. So the country is more important to us. Not only that, the United States is important to Bangladesh as a foreign direct investor and strategic military ally.
The main demand of Bangladesh will be to restore GSP facility and ensure duty free access to the US market. As well as in front of the broad horizons of the Blue Economy. The United States can invest heavily in Bangladesh's economic development. We should create an investment-friendly politically stable environment as well as focus more on infrastructural development. They have interests and abilities. However, it is important to make them interested in making their administration more effective.
Bangladesh ranks third in terms of garment exports to the United States and the government and exporters are working hard to increase these exports. But sadly, the truth is that the United States imposes tariffs on garments in Bangladesh while there is no tariff on garment exports for Bangladesh's rival Vietnam. Stakeholders now need to play a more proactive role in bringing the issue to their attention.
The United States has a chance to take a stronger stand on the Rohingya refugee issue. New President Joe Biden's message to end their hostile relations with China has given China a chance to take a stronger stand on the Rohingya issue in the interest of the United States. The United States can play a stronger role in resolving the Rohingya problem in the international arena.
We want the United States to expect the new president to take a strong stance on Bangladesh. The United States must respect Bangladesh's geopolitical interests.
In the economic interest of Bangladesh, the United States has the opportunity to further cooperate, especially on ready-made garments, agricultural products and pharmaceuticals.
The United States is a 'country of immigrants'. This is what the United States wants to be more generous and more sympathetic to immigrants in the case of student visas.
It is hoped that the new President of the United States, as well as those in his respective ministries, will extend a helping hand in fulfilling these expectations.
Md. Atikur Rahman, Freelance columnist. He can be reached at : [email protected]