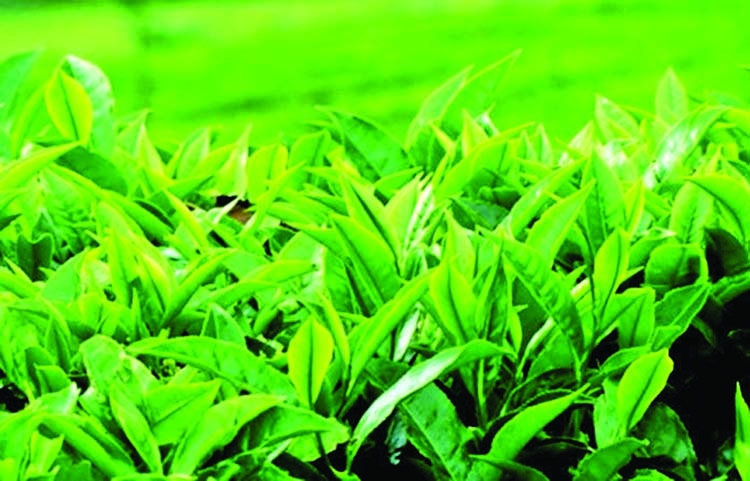 Tea, the second most popular beverage in the world (the first is water), is believed to have first been popularised in China. For thousands of years the Chinese farmers had the monopoly of cultivating tea. Its cultivation in the tropical and subtropical areas is a recent phenomenon. Tea farming is gradually becoming popular in different villages in Chattogram and adjoining districts as it has ushered in bright fortunes to small and marginal farmers by changing their overall socio-economic conditions. Commerce Secretary Dr Md Jafor Uddin said the government will provide all sorts of assistance on a priority basis for the expansion of tea cultivation in the Chittagong Hill Tracts (CHT).
"Farmers should come forward more to expand tea cultivation for increasing tea export," he said while exchanging views with the stakeholders involved in the tea industry to expand small scale tea cultivation in Bandarban hill district under the project titled "Extension of Small Holding Tea Cultivation in Chittagong Hill Tracts" at Bandarban Deputy Commissioner Conference Room.
Acting Deputy Commissioner of Bandarban Mohammad Shafiul Alam presided over the meeting.During the meeting, Jafor Uddin called upon all concerned to come forward for expanding tea cultivation in Bandarban hill district. He assured all concerned to continue their all-out cooperation for the expansion of tea cultivation in the district.
At the end of the meeting, the secretary inaugurated the 'Tea Sapling Planting Program in Daothan Small Tea Garden' organized by Bangladesh Tea Board at Saron Para, Bandarban Sadar Upazila.The tea sector might prompt faster economic advancement of the common people, farmers and working women in future since the small and marginal farmers have been showing more interests in farming the cash crop .
Tea plantation in India's Assam dates back to 1839. The first experimental tea garden in our parts was established in Chittagong in 1840 and the first commercial-scale tea garden in Bangladesh was established in 1854. Since then the tea industry has been through quite a few historical upheavals -- notable among them are the Partition of India in 1947 and the Independence War in 1971.
Local farmers and experts stressed further government assistance, setting-up of more tea processing industries, competitive markets for tea leaves and resolving some problems like power crisis for further development of the tea sector here. Besides the common people, hundreds of working women are now changing their fates and achieving self-reliance by earning wages as plucking workers in the tea gardens.'Green, green and green is everywhere' and you can enjoy it if you can reach Oodolia Tea Garden, an untapped natural beauty site at Fatikchhari upazila, about 50 kilometres apart from the port city Chittagong.
For passing the best leisure and becoming a green hunter at a near distance in Chittagong, just hire a microbus or minibus and go ahead taking necessary permission from Bangladesh Tea Research Institute or the tea state authorities. It would take two-and-a-half hours to reach the destination. During your journey along with your friends, you will be delighted to see the local bazar where joyful locals are buying and selling their products.
During the visit, you will cross the city's one of the famous bus stand Oxygen and the Baluchara bazar, Amanbazar, Dighipara, Chowdhuryhat, Islamiar hat, Chittagong University Gate, Hathazari Bazar, Sarkarhat, Shahaja-hanshah Saint Gate and Katirhat Bazar. After reaching the green spot in about two-and-a-half hour journey, you can take rest at the hilltop research institute of the tea garden while getting permission.
There, the researchers describe their activities on tea research. After then, you can start the journey for real adventurous visit at green tea garden where you can see tealeaves collection by tribal tea labourers.The tea leaves collection on hilltop in a mud pathway will draw your attention. If you are a crazy traveler and want to enjoy more on green then climb hilly tea garden and find marvelous beauty of the tea estate.

The top of the garden hills as well as bottom will definitely amaze you about the beauty of the nature. A tribal tea labour Baishaky (32) said they are living at the state for three generations. "I have suddenly found tourists coming from outside Chittagong," Baishakhi, the mother of a four children said.Mukta, an university student told, "I am really happy for enjoying the natural beauty of Oodalia tea garden area." She said the government can explore this tourists' spot to attract more tourists here.
Basically, most of the local and foreign tourists come here for enjoying the natural beauty of Chittagong hill tracts or the country's longest sandy beach in Cox's Bazar, Jahed Hossain, another tourist who went there from the port city said. He added this tea garden would be able to fulfill the additional demand of the tourists, both the local and the foreign.Lakshmi (40), another tea labour who collect tea leaf said she collects tea leaves everyday from the morning to the noon and earn Tk 800 in every ten days.
Ajit CH Chowdhury, senior firm assistant of Bangladesh Tea Research Institute of Oodolia said they are working to provide technical support to lease out tea estate and working to develop new varieties of tea trees.The tea estate was established in 1966 and the research institute was established in 1968, he said adding, visitor comes to visit from Chittagong only. There are 22 tea estates located in Chittagong.Of them, a total of 18 tea estates were established at Fatikchhari thana under Chittagong.
Of them, Oodalia tea estate has become the third largest tea estate in size as it is developed over a land of 3096 acres, he said. The largest tea garden at Fatikchhari is Karnaphuli Tea Estate which is about 8,000 acres in area. The tea estate now has reached the break even point with annual production capacity of over six lakh tonnes of refined tea last year.The estate so far produced 6.23 lakh tonnes of tea with six separate grades including export quality tea.
The use of grant areas for tea with 45% actually used for production of tea is another key concern. Land granted for tea cultivation but used for other commercial purposes is deemed unjust and an incentive for social injustice perpetrated on the tea plantation The most striking fact about tea production in Bangladesh is that after the partition of India most of the tea produced here used to be consumed by West Pakistan.After Independence, Pakistan remains to be the largest importer of Bangladeshi tea. However, now it is we who consume most of the tea that we produce. In 2007 Bangladesh produced 57.9 million kgs of tea of which only 10.6 million kgs were exported.

There is an apprehension that if the production of tea does not increase significantly and if domestic consumption continues to grow fast, Bangladesh will soon become an importer of tea. The bottom line is tea is no more an important export commodity and Bangladesh plays no significant role in the global tea trade although it ranked 10th among the tea-producing countries in 2007.
The government is showing the country a dream of a digital Bangladesh and changes in the lives of poor, marginal and Adivasi people. The tea plantation workers are not just poor, they are a particularly deprived marginal community in captive situation. They have limited scope to integrate with the people of the majority community and they face great difficulties in exploring livelihood options outside the tea gardens.The tea plantation workers want the State to address to address their case with care and translate its commitment to them providing political and human protection.