US to blacklist 4 more Chinese firms 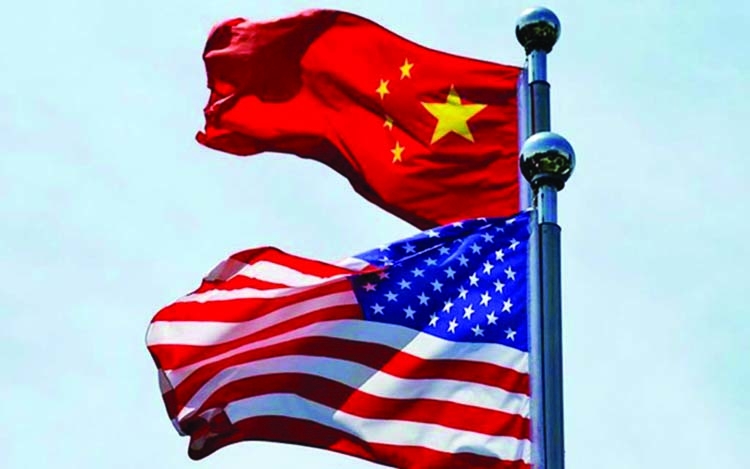 Washington is poised to designate four more Chinese companies as backed by the Chinese military, sources said, curbing their access to US investors as the Trump administration seeks to cement its hawkish China legacy in its waning days.
The designations, which have not been previously reported, could be released by the Department of Defense as soon as Friday but may be unveiled next week, said one US official and one person familiar with the matter who declined to be named.
The White House and the Chinese embassy in Washington did not immediately respond to requests for comment.The additions would bring the number of Chinese companies affected to 35. They include giants like Hikvision China Telecom Corp and China Mobile, which were added earlier this year.
The list of "Communist Chinese Military Companies" was mandated by a 1999 law requiring the Pentagon to compile a catalogue of companies "owned or controlled" by the People's Liberation Army, but the defence department only complied this year.The latest move would come just days after the White House published an executive order, first reported by Reuters, that sought to give teeth to the list by prohibiting US investors from buying securities of the blacklisted companies from November 2021.
The move "helps ensure no American is unwittingly subsidizing the (Chinese Communist Party)'s campaign to dominate the technologies of the future," said Republican Congressman Mike Gallagher, who has introduced legislation to ban blacklisted Chinese companies from US capital markets.However, the executive order is unlikely to deal the firms a serious blow, experts said, due to its limited scope, uncertainty about the stance of the incoming Biden administration and already-scant holdings by US funds.
Democratic President-elect Joe Biden, who takes office on Jan 20, has not laid out a detailed China strategy but all indications are that he will continue a tough approach toward Beijing.The growing defence department list will likely add to tensions between the world's two largest economies, which have been at loggerheads over the coronavirus and China's crackdown on Hong Kong.
The list is also part of a broader effort by Washington to target what it sees as Beijing's efforts to enlist corporations to harness emerging civilian technologies for military purposes.In September, the US Commerce Department imposed restrictions on exports to China's biggest chip maker SMIC after concluding there was an "unacceptable risk" that equipment supplied to it could be used for military purposes.
Congress and the administration have sought increasingly to curb the US market access of Chinese companies that do not comply with rules faced by American rivals, even if that means antagonising Wall Street.In August, US Securities and Exchange Commission and Treasury officials urged Trump to delist Chinese companies that trade on US exchanges and fail to meet its auditing requirements by January 2022.