From rewilding to forest schools, our attitude to nature is changing for the better 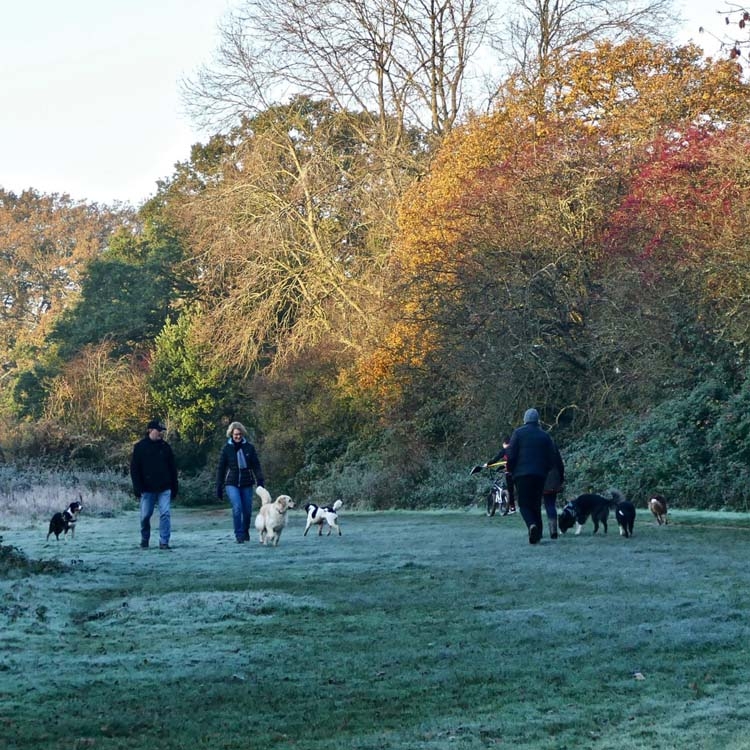 It was the Wild East manifesto that first brought it home to me. An ambitious project bringing together everyone from farmers and landowning peers to ecologists and gardeners, Wild East aims to return 20% of East Anglia's land - an area the size of Dorset - to nature. The plan will reintroduce locally extinct species such as the great bustard, beaver, pelican and even bison, restore soil health and champion new educational programs and policies on plastics and food production. Whether or not this exciting vision can be brought to fruition, its scope, urgency and inclusivity are something new.

I've been writing a monthly column about natuIt goes far deeper than the desire many of us have felt while in lockdown for green and growing things. To take one example, this need for connection is evident in the growing popularity of wildlife gardening. Across the country, verges and mini meadows are being left unmown, with ponds dug, log piles created and plants chosen for their value to insects.

It's a far cry from the tidy borders, sprinkled with slug pellets and sprayed with biocides, that were good practice 30 or 40 years ago. My parents' generation gardened tidily and ruthlessly because they were subject to cultural forces different from those that operate on us - not least the fact they had grown up surrounded by rubble and bombsites, and believed in the eternal renewability of nature. Today, we are subject to different ideas, and control is giving way to custodianship.

This same urge is driving attempts to broaden and democratize access to the countryside, with groups such as Wild in the City, Black Girls Hike and Fences and Frontiers creating positive experiences for people who may not have grown up feeling that rural areas were for them - something the Black explorer and naturalist Dwayne Fields spoke powerfully about on Country file in the summer. The heritage industry has long been a major conduit to Britain's beauty spots, but what if your own heritage is rooted elsewhere? These grassroots organizations are staking their rightful claim on the countryside, helping underrepresented groups establish their own relationships with this landscape. If the countryside is not experienced as a shared and common good, it limits our collective efforts to protect it - but change is now afoot.

Hand in hand with improved access comes a renewed interest in land ownership. Both Guy Shrubsole's rousing Who Owns England? (and the website behind it) and The Book of Trespass: Crossing the Lines that Divide Us, by Nick Hayes, paint a picture of a shockingly unequal country in which the majority of us are banished from vast estates inherited or purchased by a very few. These issues of access and ownership have been particularly relevant during the pandemic, when we've seen avoidable overcrowding at beauty spots and calls to open up the 311,000 acres of golf courses in the UK.

Given that the principle of "public payment for public goods", which financially assists those managing land and delivering public and environmental benefit, is at the heart of the government's agriculture bill, we could be on the brink of a psychological shift in the way we value the landscapes that are our shared heritage. Perhaps that will leave more of us feeling connected to, and protective of, green places, rather than shut out.

The market for nature writing has been booming for more than a decade and at least is beginning to diversify. Alongside it, a fascinating subgenre has sprung up: the English eerie. Rural noir such as Andrew Michael Hurley's Starve Acre and nonfiction like Edward Parnell's Ghost land: In Search of a Haunted Country point to a way in which we might overhaul our relationship with the non-human.

"Maybe the only way to save the world is to re-enchant it," Helen Macdonald, author of H is for Hawk, recently said . "To love things, and to feel that they have some kind of greater presence or power." Certainly, our relationship with nature would be deeper and richer were it salted by mystery or even fear, as it was in the past; it could even be argued that one aspect of the current interest in reintroducing apex predators to the UK is a way of creating a little psychological distance, a little danger, across which sparks might fly.
These changes will take a while to blossom, not least because some are more firmly rooted in the young. But while I'm wary of the idea that children will save the natural world (not only is it unfair, but we don't have time to wait), it's clear that their awareness of the fragility of our environment is leading many to make ethical choices I'd have known nothing about at their age. And there are growing attempts to support and engage children's engagement with nature, from the Forest School movement to calls for a natural history GCSE.

Perhaps, while reading this, you couldn't help but marshall a gloomy counter-argument, or dredge up a terrifying statistic. Cynicism about the possibility of change is both easy and self-protective: the despair it creates is perversely comforting, not just because it fills us with false certainty, but because it lets us off the hook. Hope, on the other hand, takes courage - especially if you're exposed to those terrifying statistics every day.

Whenever I falter, I look at the increasing numbers of us reaching out in different ways for the natural world, and I remember that it's hope, not despair, that will keep our shoulders to the wheel.

Melissa Harrison is an author. 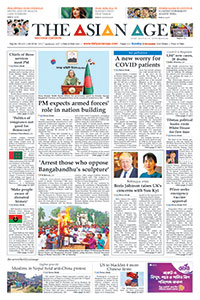