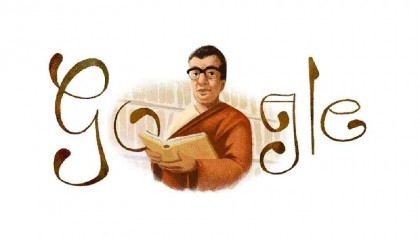 Google is celebrating the 95th birthday of eminent Bengali playwright, linguist, educationist, political activists and literary critic Munier Chowdhury
with a doodle on its homepage.
Munier Chowdhury was born on November 27, 1925 in Manikganj. He spent his childhood in Manikganj, Pirojpur, and different parts of East Bengal, due to his father's job.
After his family moved to Dhaka permanently in 1936, he completed his SSC from Dhaka Collegiate School in 1941 and went to Aligarh Muslim University. He came back and studied English literature for his bachelor’s degree (with distinction) in 1946 and Master’s in 1947 at Dhaka University.
At that time of political unrest due to the Bengali Language Movement, he got arrested for protesting against police brutality and the killing of students.
He was jailed for two years for his support in the Language Movement, and while in prison, he showed up at the Master’s examination in Bengali literature in 1954 and stood first in the first class. In 1958, he acquired his third Master’s degree in linguistics from Harvard University.
In 1947, Choudhury began his career in teaching at Brajalal College in Khulna. He moved to Jagannath College in Dhaka in 1950. He then joined Dhaka University in 1950 and taught both in the departments of English and Bengali. He was later promoted as a professor in 1970 and the dean of the faculty of arts in 1971.
During his imprisonment in 1952-54, Munier Chowdhury wrote his symbolic drama on the historic Language Movement, Kobor (The Grave). He then went on writing some of his iconic works including Roktakto Prantor (1959), Chithi (1966) and Polashi Barrack O Onyanno (1969).
In 1965, Choudhury redesigned the keyboard of the Bangla typewriter, named Munier Optima Keyboard as a team with Remington typewriters of the then East Germany.
In 1967, Munier Chowdhury protested against the Pakistan government’s prohibition on Tagore songs on radio and TV. He effectively took an interest in the non-cooperation movement during the early part of 1971 and rejected his award Sitara-e-Imtiaz, awarded by the Government of Pakistan in 1966.
Munier Chowdhury died on December 14, 1971 at the age of 46 in Dhaka as one of the victims of the brutal assassination of the intellectual martyrs, just two days before the country achieved.
He was posthumously given the Independence Day Award, the country’s highest state honour in 1980.
Central Road, the road in Dhaka where he lived, was renamed Shaheed Munier Chowdhury Road.
In 1991, on the 20th anniversary of Bangladesh’s independence, the government provided a commemorative stamp honouring Munier Chowdhury.
The day is being observed in a befitting manner by different organizations in Bangladesh. Theatre, a leading theatre troupe in Bangladesh, is conferring the annual Munier Chowdhury Memorial Award and Mohammad Zakaria Memorial Award marking the birth anniversary of Munier Chowdhury.
Legendary thespian Sara Zaker has been nominated for this year's Munier Chowdhury Memorial Award, while Dinajpur-based playwright-director Sambit Saha is receiving the Mohammad Zakaria Memorial Award. 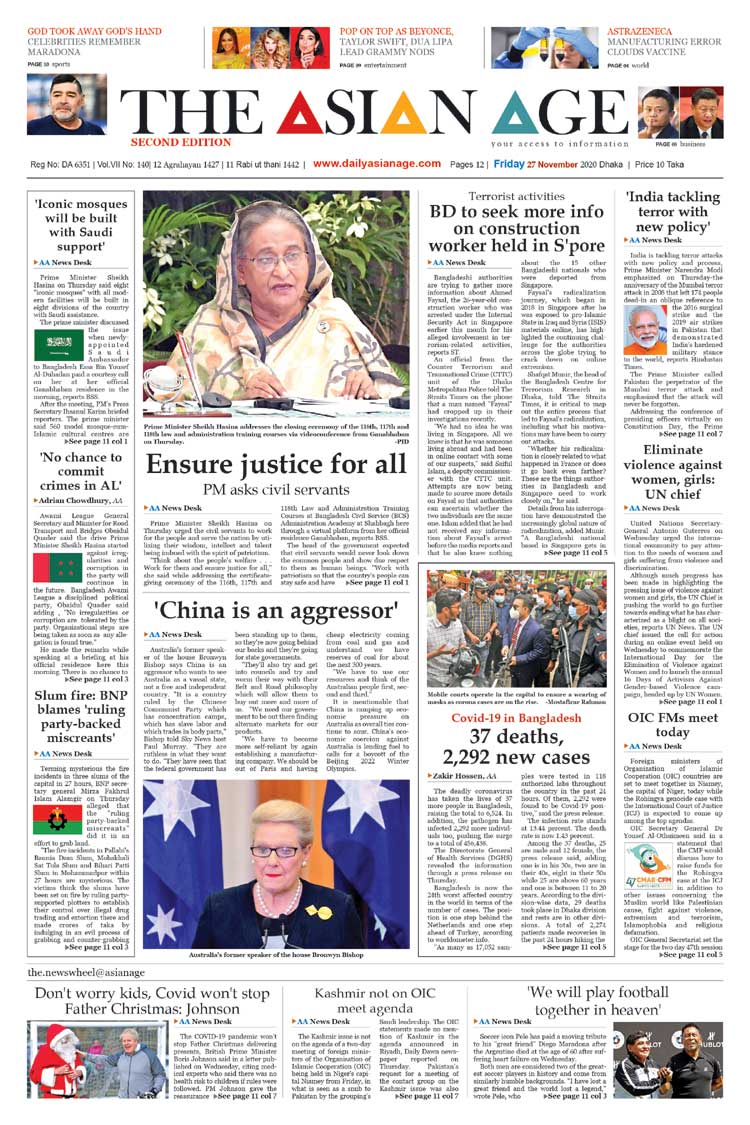