Victory Day celebrations of Bangladesh- a day of reckoning 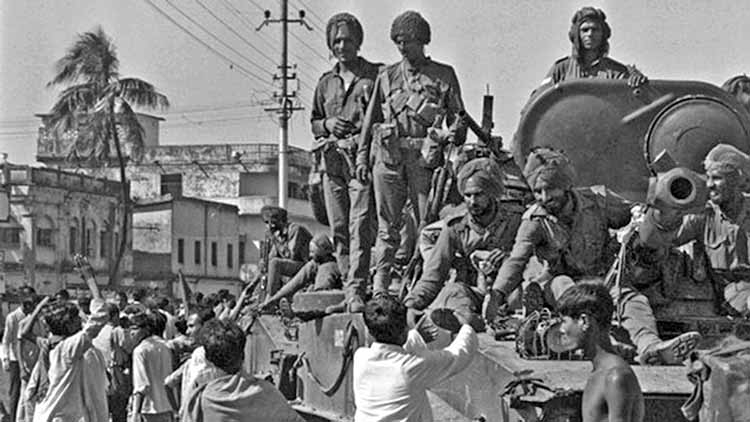 Victory day celebrations of Bangladesh are just around the corner. It is around a week the Great day of reckoning is left to celebrate this auspicious day.  Though every year during the English calendar month of December along with the date being 16th day Victory Day is wholeheartedly observed all over Bangladesh as well as in other parts of the globe inclusive neighboring India still I feel that the day till date could not make impact upon the modern generations of other parts of the globe.
As I have already stated in beginning of my introduction it is universally celebrated all over Bangladesh still I feel it should be once evaluated to the modern Indians. First of all let me analyze upon self that why do the day is referred to as Victory Day, to answer to it needs long drawn introspection to get a good feel upon self as regards the celebrations of the day is concerned in our mind. The day is a reciprocation of our long drawn struggle against the tyrannical West Pakistan ruling of those days that is from the year 1947-1971.
As per the historical background is concerned all of us are deeply aware of India's Independence in the year 1947 on August 15 along with the bifurcation of the country in two parts, India and Pakistan. Pakistan has been divided into two parts, West and East Pakistan which later on being named as Peoples Republic of Bangladesh. It was from 1947-1971 the way Bengalis of the then East Pakistan tolerated the tyranny of West Pakistan rulers for exactly 25 years finally got relieved from their clutches in the year 1971 on December 16.
In this regard one moot point which strikes our mind that we cannot gag any nation or human beings despite sense of terror striking around the globe which even poet, philosopher, thinker, music composer, novelist, short story writer and music composer of repute plus Nobel Laureate in literature Rabindra Nath Tagore said, 'Never gag any human being in this world always give them freedom.' This bore evident in the above stated day in the year 1971. Thus in the subsequent paragraph it is my humble duty to analyze from the core of our heart about the efficacy of the day.
Efficacy of Victory Day celebrations of the year 1971: Victory Day of Peoples Republic of Bangladesh is just known to Bangladeshi and Indian citizens as well as in rest of the globe. Especially in India the day is treated as something special to Bengalis staying at the Indian city of Kolkata. This is because every year on December 16, the Honorable Deputy High Commissioner for the Peoples Republic of Bangladesh organizes a gala gathering at Deputy High Commissioners Office compound based in Kolkata.
Gathering no doubt is massive with sumptuous beverages and food arrangements but I doubt how many citizens of Kolkata do get a feel of the celebrations. Despite all the odds Bengalis who have settled down at Kolkata way back in the year 1947 or prior to it or even after Independence of the country. Now modern generations are hardly aware of the day.
What is required badly that Victory Day celebrations should be incorporated into literary books so that modern generations of Kolkata and other parts of India should be made aware off. In Bangladesh there are quite good numbers of English language writers of repute who are quite capable of writing about the historical background regarding the foundation of Bangladesh.
Summing up my above discourse one point has become deeply entrenched in our heart and mind that there should be more books written in English language about historical Liberation war of East Pakistan which later on became Peoples Republic of Bangladesh. The task in this regard might be quite tough and stupendous but if efforts are initiated from now onwards by both Indian and Bangladeshi authors then definitely the objective will take shape for positives practically.
The capable persons for this job no doubt are Abdullah Abu Sayeed, Dr Syed Anwar Hossain, Syed Badrul Ahsan, Dr Abu Mohammad Delwar Hossain, Dr Abdus Samad, Dr Milton Kumar Deb etc from Bangladesh and from India Manash Ghosh, Subir Bhowmik, Sukha Ranjan Das Guptaq, Dilip Chakravarty etc various others reputed figures in the field. Due to the impact of pandemic Covid-19 in the field both nations are not able to formulate plans and programs pertaining to this auspicious movement. My elite readers will most likely be aware of regarding this article. This is written in connecting with upcoming Victory Day celebrations of Bangladesh.

The writer is a freelance contributor based in Kolkata.