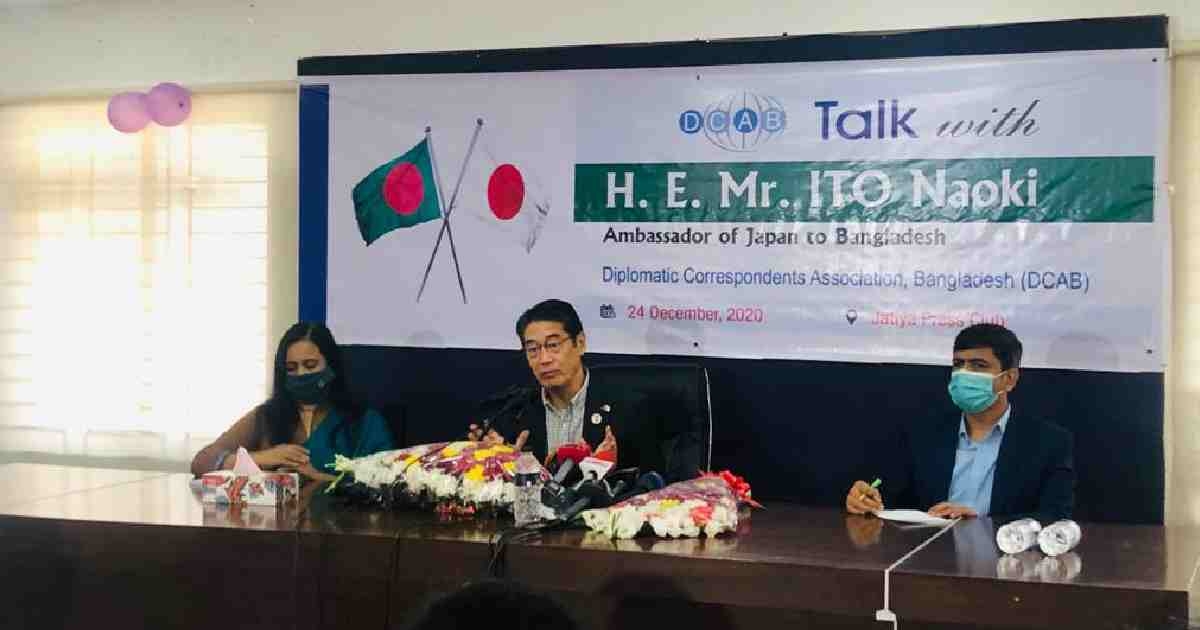 Japanese Ambassador to Bangladesh Ito Naoki on Thursday said they want to see the start of repatriation process next year as Japan supports repatriation of Rohingyas to their homes in Rakhine State.
"We should see the start of repatriation process next year. Japan will continue to help," he told diplomatic correspondents at DCAB Talk at the Jatiya Press Club.
Diplomatic Correspondents Association, Bangladesh (DCAB) hosted the DCAB Talk with its President Angur Nahar Monty in the chair. DCAB General Secretary Touhidur Rahman also spoke.
Naoki said it is very important process for lasting solution to Rohingya crisis.
The Japanese Ambassador said they are communicating directly with top military officials and the government level on the Rohingya crisis.
He said Myanmar, like Bangladesh, remains a traditional friend of Japan and there is a strong interest in both the countries.
Bangladesh is now hosting over 1.1 million Rohingyas who have fled their homeland in Rakhine State after being persecuted by their own country.
Myanmar did not take back a single Rohingya from Bangladesh over the last two years but Myanmar, in its attempts to “mislead” the international community, claimed that a total of 397 displaced people have voluntarily returned from Bangladesh to Myanmar.
Two repatriation attempts turned futile as Myanmar “failed to remove trust deficit” among the Rohingyas and there was “lack of conducive environment” in Rakhine for their return.
The Japanese Ambassador said Bangladesh will keep growing beyond COVID-19 and Bangladesh's strategic location will play more important role in integrating the market and supply chain in Asia and beyond.
Highlighting Bangladesh's quality infrastructure development, Naoki said there will be a complete different picture in Bangladesh in the next three to five years.
He shared four reasons why Bangladesh matters to Japan including growth potential and geographically strategic location.
Ambassador Naoki said the government of Bangladesh has done wonderful job in terms of improvement of investment climate.
From the next year, he said, it will have impact on the flow of investment.