Indonesian divers searched waters off Jakarta Monday in a hunt for black boxes from the passenger jet with 62 people aboard that crashed at the weekend, as investigators took up the grim task of identifying victims’
mangled remains.
Finding the boxes — cockpit voice and flight data recorders — could offer crucial clues as to why the Sriwijaya Air Boeing 737-500 plunged some 10,000 feet (3,000 metres) in less than a minute before slamming into the Java Sea.
Investigators have so far offered little to explain why the plane crashed about four minutes after takeoff from Jakarta, but said Sunday they had pinpointed the location of the black boxes.
Some of the 2,600 personnel working in the recovery effort involving dozens of boats and helicopters are hauling body parts, twisted piece of wreckage and passengers’ clothing from shallow waters about 23 metres (75 feet) deep.
Underwater photos supplied by Indonesia’s navy showed a sea floor littered with wreckage.
Body bags filled with human remains were sprayed with disinfectant at Jakarta’s main port before being taken to a police hospital where investigators hope to identify victims by matching DNA from their remains to living relatives.
All 62 passengers and crew aboard the half-full flight were Indonesian. The count included 10 children.
“Today we’re expanding the search area… and collecting anything we can retrieve, debris or the victims,” Rasman MS, head of the search and rescue agency’s crash operations, told reporters Monday.
“It’s going to be an around-the-clock operation — 24 hours. There will be no breaks. The sooner we can find victims, the better.”
– Latest disaster –
The probe into the crash — the latest in a string of disasters for Indonesia’s aviation sector — is likely to take months.
Aviation analysts said flight-tracking data showed the plane sharply deviated from its intended course before it went into a steep dive, with bad weather, pilot error and mechanical malfunction among the potential factors.
Stephen Wright, professor of aircraft systems at Finland’s Tampere University, said the aircraft’s relatively slow air speed was a red flag.
“Something quite dramatic has happened after takeoff,” he added.
Sriwijaya Air, which operates flights to destinations in Indonesia and Southeast Asia, has said little about the 26-year-old plane, which was previously flown by US-based Continental Airlines and United Airlines.
The Indonesian carrier has not recorded a fatal crash since it started operations in 2003.
But the Southeast Asian nation’s fast-growing aviation sector has long been plagued by safety concerns, and its airlines were once banned from entering US and European airspace.
In October 2018, 189 people were killed when a Lion Air Boeing 737 MAX jet crashed near Jakarta.
That accident — and another in Ethiopia — saw Boeing hit with $2.5 billion in fines over claims it defrauded regulators overseeing the 737 MAX model, which was grounded worldwide following the accidents.
The 737 model that went down Saturday was first produced decades ago and was not a MAX variant.
In 2014, an AirAsia plane headed from Surabaya to Singapore crashed with the loss of 162 lives.
A year later more than 140 people, including scores on the ground, were killed when a military plane crashed shortly after take-off in Medan on Sumatra island. 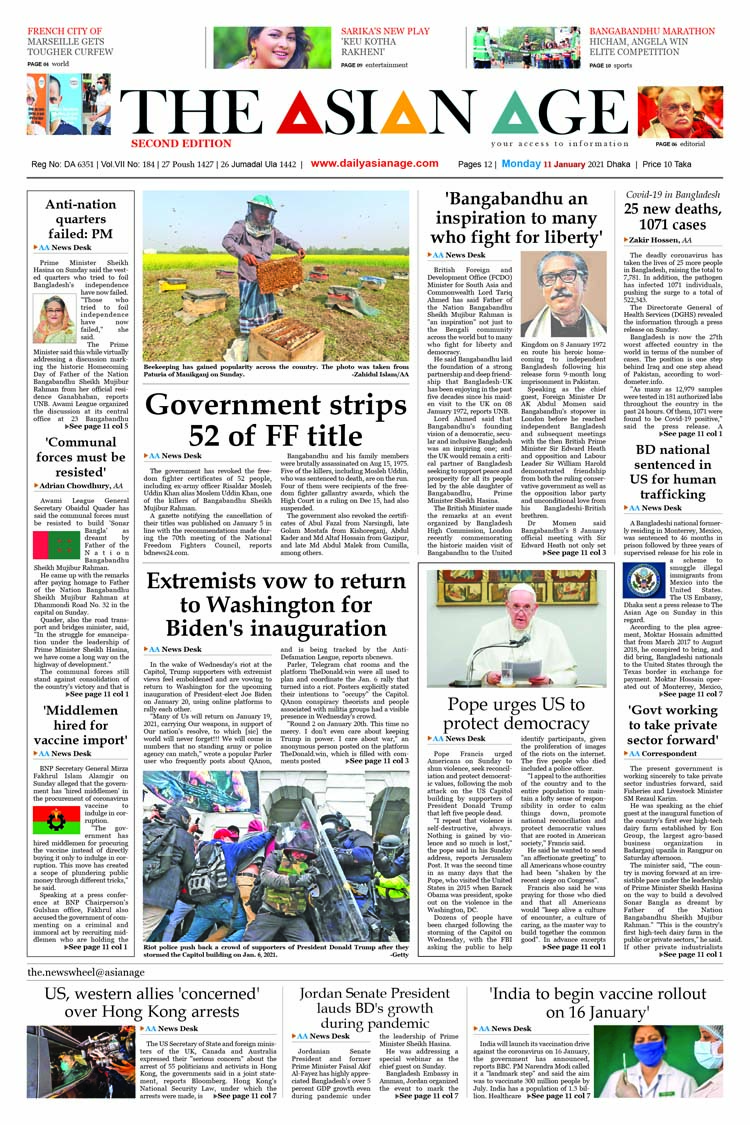