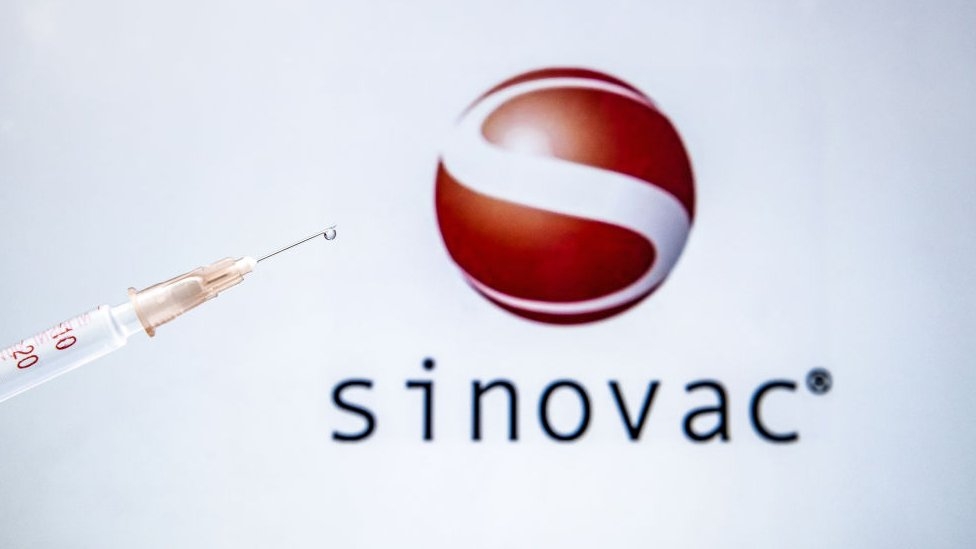 A coronavirus vaccine developed by China's Sinovac has been found to be 50.4% effective in Brazilian clinical trials, according to the latest results released by researchers.
It shows the vaccine is significantly less effective than previous data suggested - barely over the 50% needed for regulatory approval.
The Chinese vaccine is one of two that the Brazilian government has lined up.
Brazil has been one of the countries worst affected by Covid-19.
Sinovac, a Beijing-based biopharmaceutical company, is behind CoronaVac, an inactivated vaccine. It works by using killed viral particles to expose the body's immune system to the virus without risking a serious disease response.
Several countries, including Indonesia, Turkey and Singapore, have placed orders for the vaccine.
Last week researchers at the Butantan Institute, which has been conducting the trials in Brazil, announced that the vaccine had a 78% efficacy against "mild-to-severe" Covid-19 cases.
But on Tuesday they revealed that calculations for this figure did not include data from a group of "very mild infections" among those who received the vaccine that did not require clinical assistance.
With the inclusion of this data, the efficacy rate is now 50.4%, said researchers.
But Butantan stressed that the vaccine is 78% effective in preventing mild cases that needed treatment and 100% effective in staving off moderate to serious cases.
The Sinovac trials have yielded different results across different countries.
Last month Turkish researchers said the Sinovac vaccine was 91.25% effective, while Indonesia, which rolled out its mass vaccination program on Wednesday, said it was 65.3% effective. Both were interim results from late-stage trials.
There has been concern and criticism that Chinese vaccine trials are not subject to the same scrutiny and levels of transparency as its Western counterparts.
Both the Sinovac vaccine and the vaccine developed by Oxford University and pharmaceutical firm AstraZeneca have requests for emergency use authorization pending with regulators in Brazil.
The latest news comes as Brazil is dealing with a major spike in cases. The country currently has the third highest number of Covid-19 cases in the world at over 8.1 million, just behind the US and India.