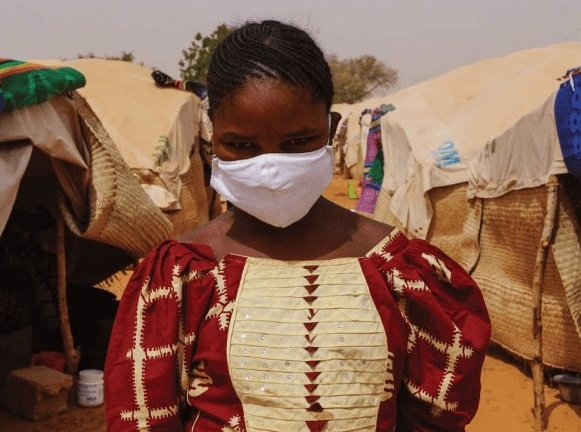 Covid-19 pandemic has thrown a big challenge to the accessibility of health and aid workers to the people in humanitarian crises. Due to lock downs and restrictions on movements imposed by governments across the world, health and aid workers are facing hurdles in providing health treatment and food for the destitute, creating safe spaces for women and girls, delivering babies, running refugee camps etc. Therefore, this year's World Humanitarian Day is dedicated to those real life front line heroes who are showing a great commitment to saving and protecting the people in need of humanitarian assistance, defying all odds hurled at them by the pandemic. Globally, the number of people requiring humanitarian assistance is increasing in proportion to human-induced and natural disasters, including conflict, violence, climate change and infectious diseases. In some cases, human-induced disasters coupled with natural disasters are intensifying the crises.
Bangladesh's response to Covid-19 has been one of denial, delay and dereliction from the start, a trend that unfortunately continues even as the country passes one grim milestone after another. According to the latest estimates,Bangladesh is now seventh on the list of countries with the most active cases in the world, and sixteenth in terms of total cases. Among the Asian countries, in terms of total cases, India with its huge population remains well ahead of us and Pakistan is within arm's reach.

In terms of active cases, only India is ahead of us. As far as statistics go, this is an extremely disconcerting development. How should we react to this? The scientific consensus is that we should be extremely worried. Despite the inexplicably low levels of testing in the country, large numbers of people are dying or getting infected every day. But our officials continue to be in denial. Comments by several ministers signal a strategy to use recent low numbers of cases to highlight the "success" of the government, bizarre as it may seem, although a joint survey by IEDCR and icddr,b shows that the actual numbers are far greater than what we are being fed by the government Experts say part of this could be because of response fatigue. The WHO has already urged countries to undertake appropriate Covid-19 response activities to reduce the risk of response fatigue through nuanced and pragmatic steps. These warnings, unfortunately, are falling on deaf ears in Bangladesh. Far from doing the needful, our policymakers are still behaving like the proverbial ostrich pretending that the threats don't exist, as if doing so will make them go away. What they fail to understand is that there are no political points to score in this battle, and you can't simply will it away or hope for herd immunity to develop while people endure unimaginable sufferings. There are no winners or losers in this battle-there are only survivors, and how well we survive depends on how sincere and pragmatic we are in our efforts to contain this virus.

Covid-19 has already sliced through the veneer of civility and human compassion to expose the viscerally raw emotions of fear, panic and withdrawal, to the point where children leave their elderly parent dying of Covid-19 on the streets like toxic garbage, or toss out a dead relative like a plague-infested rat. Such panic psychosis, no matter how infrequently seen, does bring out the seamy side of extreme human selfishness-the Epicurean hedonism at its most vulgar. However, we have also seen how healthcare professionals-doctors, nurses and technicians remained steadfast in their Hippocratic oath to serve afflicted humanity while endangering their own well-being and depriving their near and dear ones of their intimacy. We have seen how law enforcing personnel such as police on field duty and ever-vigilant social workers have carried out the onerous and hazardous task of collecting unidentified corpses and burying them with the human dignity the dead deserved, but which their own kith and kin denied them. When we juxtapose instances of panic psychosis with those of social altruism, we get all the more confused and divided as a society. Compared to human longevity, pandemics are rare occurrences. The last global pandemic the Spanish Flu took place 102 years ago in 1918. Obviously, people with living memory of the Spanish Flu pandemic are few and far between.

Anyone knew about the last major global pandemic until the coronavirus played tag across the world, forcing people to Google "pandemic" and learn about AIDS, Avian Flu, Ebola, MERS etc. Even Avian Flu is a distant memory, although it happened less than 30 years ago. The fact that a highly contagious disease-even with low morbidity but without any known treatment protocol-can play havoc with life and can turn the whole global economy upside down was not unknown to mankind, but the collective knowledge and wisdom of human civilisation was thrown to the wind for political expediency or the convenience of being in denial. This led to the inevitability of a global pandemic that has already cost the lives of more than three quarters of a million people and up to 200 million jobs worldwide. The overall morbidity as well as total infections in the country has been low compared to our population size and high density. This has confounded public heath experts, who are still scratching their heads as to what might have contributed to our lucky escape thus far. Some half-seriously attribute this to our inherent resilience built up due to all the adulteration in foods and severe pollution in our environs, while others peg this on the climate and the monsoon season. The epidemiology department ought to study the real causes of this macro-level infection behaviour playing to our advantage, which might have some scientific basis such as our widespread inoculations against various scourges such as polio, diphtheria, smallpox etc that may not be so prevalent in advanced economies.

No matter what the reason, we must find out the cause of both resilience and susceptibility to coronavirus so that we are fully prepared when it decides to go around the world once again, as has been seen in most regional and global pandemics of the past.Aside from that, we need to make deep introspections into the social psyche of the deep gashes left behind by the economic decimation caused by Covid-19, leading to worsening unemployment and under-employment and the concomitant rise in general poverty.In the largest and wealthiest economy of the world, unemployment has surged to almost four times compared to the pre-Covid-19 period. Our government does not track the employment situation monthly like in the USA, but the general perception is that our economy has not suffered anywhere near the levels of job loss as over there. This might be because most employers have not outright retrenched workers even though some have curtailed benefits, as opposed to their counterparts in the richer countries where in any economic downturn, the employers dump employees like discarded cogs and leave them to the mercy of the government safety nets or unemployment insurance plans. Having said that, there have been some business and factory closures leading to job losses for workers, most of whom do not have savings to fall back on during such hardships.What lessons we can take to heart from all this would depend on how we treat this still-unfolding episode of the coronavirus pandemic.

We can see this as a pandemic exported from Wuhan, China and not our burden to bear, or we can see this as an external shock that has tentacles that can propagate freely in any country, and thus make this part of our preparedness against such shocks no matter where they originate. In recent times, we have seen the government taking on exercises for long-term visions such as Bangladesh 2041 and even Bangladesh 2100. As a lowly minion among the denizens of the country. During this period of Covid-19, doctors and health workers are fighting with an unseen menace as front line soldiers, often with inadequate protective gear and limited medical resources. As such, a significant number of healthcare professionals are getting infected by the virus; many of them have succumbed to their infection. The pandemic has not only created a medical emergency but has also negatively affected the global economy, impacting the livelihoods of the masses. They also took the responsibility of ensuring the proper burial of the unfortunate people who have died of the viral infection, some of whom were abandoned by their near and dear ones out of panic. In doing so, many of these humanitarian workers came in direct contact with the virus and some of them even lost their lives. In these trying times, we see a huge number of humanitarian workers dedicating themselves to the cause of the people who are in dire need of humanitarian assistance. Even the death threat of Covid-19 could not dampen their indomitable spirit and make them deviate from the path of humanitarian activities. It is also an opportunity to encourage people around the world to work for humanitarian causes.

The writer is a columnist