He can only eat organic food: Lawyer 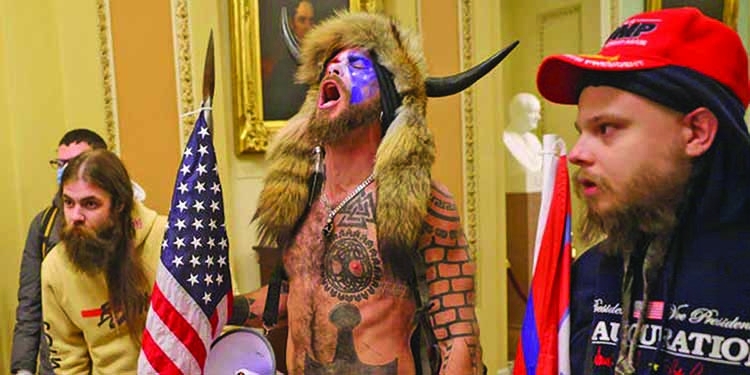 Outside the courthouse, Angeli's mother, Martha Chansley, offered more information as to why Angeli hadn't eaten in custody."He gets very sick if he doesn't eat organic food," she said. "He needs to eat." Chansley told ABC15 last week that she was unapologetic about her son's role in the violent insurrection.
Advertisement

On Monday evening, David Gonzales, US Marshal for the District of Arizona, told local news station KNXV that, "We will abide by the judge's order," and Angeli will be provided food in line with his diet of organic food. (In August, CNN reported that Muslim immigrant detainees at the Krome detention center in Miami were forced to choose between eating pork, which is not allowed in Islam, or eating expired or rotten Halal meals.) In the immediate aftermath of the riots, Angeli told NBC News that he felt he had done nothing wrong."I walked through an open door, dude," Angeli said on Thursday, the day he said he was returning to Arizona.
Angeli has for years been embedded with QAnon, a far-right conspiracy theory claiming, with no evidence, that Trump is fighting a "deep-state cabal" of pedophiles and human traffickers. People associated with the QAnon conspiracy theories have been prominent at nationwide "Stop the Steal" protests since President-elect Joe Biden won the 2020 election, and rioters at the Capitol were seen donning Q memorabilia.Gonzalez told the Arizona Republic that Angeli would be facing charges that would keep him locked up for "years and years."