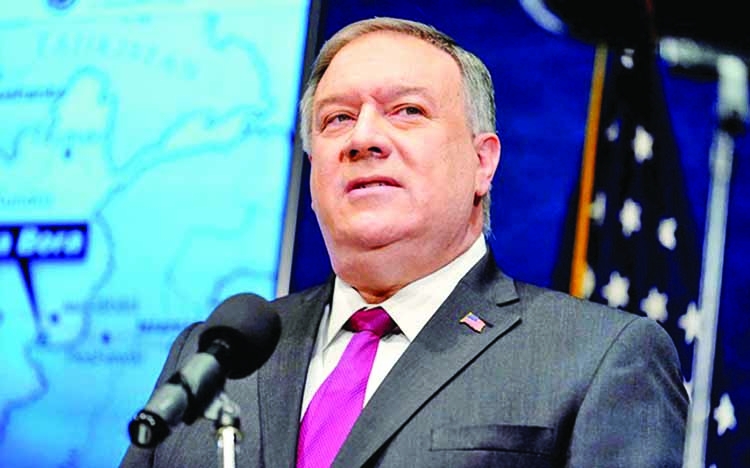 Dhaka has protested against US Secretary of State Mike Pompeo's remarks linking attacks in Bangladesh to terrorist group al-Qaeda.Pompeo in a recent statement "falsely" apprehended similar terrorist attacks in future, the foreign ministry said in a statement on Wednesday."Such irresponsible comment by a senior leader is very unfortunate and unacceptable," the ministry statement said.
"Bangladesh strongly rejects this kind of baseless remarks and falsification. There is no evidence of any presence of al-Qaeda in Bangladesh," it added.
Under the "bold" leadership of Prime Minister Sheikh Hasina, Bangladesh maintains a "Zero Tolerance" policy against all forms of terrorism and violent extremism, the statement said, reports bdnews24.com.
The country has been undertaking "all possible measures" to address the menace."Our track record in countering terrorism has earned us global appreciation. In line with our commitment to countering terrorism, we have become a party to all fourteen international counter-terrorism conventions and are actively involved with international 'preventive' initiatives to counter terrorism."Bangladesh considers that the US Secretary of State's referring to Bangladesh as a possible location for al-Qaeda operations, is indeed unfounded and offers no evidence," the foreign ministry said.
If any such claim could be substantiated with evidence, the ministry said, the government would be "happy" to take necessary measures against such activities."However, if such a statement is made out of speculation, Bangladesh considers it very unfortunate, especially in the context of the ever-growing bilateral ties between the two friendly countries based on shared values, peace and common goals," it added.
Bangladesh suffered a series of attacks, including the one on Holey Artisan bakery that left 17 foreign diners and five others killed, in the past few years.Middle East-based radical groups Islamic State and al-Qaeda claimed responsibilities for some of the attacks.The law-enforcing agencies and the government have always denied the claims and blamed the attacks on home-grown militant groups, such as Neo-JMB and Ansarullah Bangla Team.