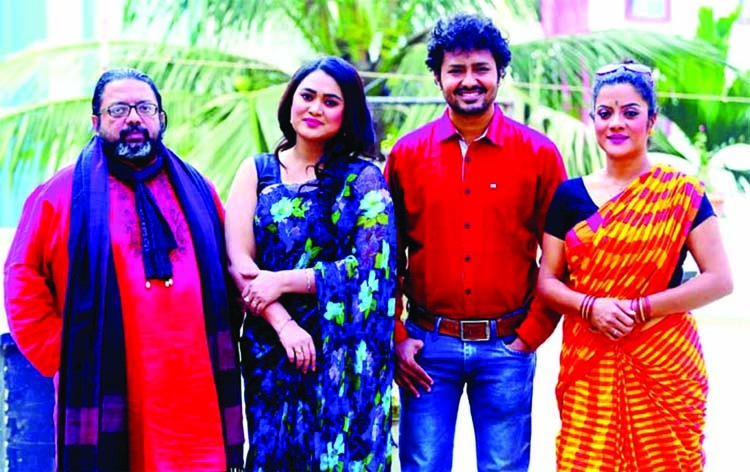 Tanveer Hossain Probal is an actor, director, singer and playwright at a time. He has been making a drama serial titled Analogue Life based on an exceptional story. Shooting of the serial is being held in different locations in the capital now. This week Sabbir Ahmed, Rimi Karim and Sanzida Mila are taking part in the shooting. Noted cameraman while play director Niaz Mahbub is working as cinematographer in the serial.
If the world disconnects with the Internet what will be happened - Tanveer Hossain Probal and Sharmin Hayat Deepa wrote story of the serial, Analogue Life. Probal is also giving direction of the serial but he is not acting.  While talking about making the serial Probal said, "When we talk about Internet free world during 80s and 90s among them who were born recent years they cannot believe or realise the situation. Because after growing they are habituated to see Internet, they cannot imagine without it. We know the stories of science fiction.
The serial Analogue Life is being made based on science fiction story. Now we are also habituated with the use of mobile where Internet is also available. If the Internet is switched off in mobile phone, what will be happened - story of the serial is based on such a story. Besides Sabbir and Mila, Somu Chowdhury, Urmila, Shatabdi Wadud, among others, are also acting in the serial. I am very much optimistic about the serial. Making of 15 episodes of the serial has finished."