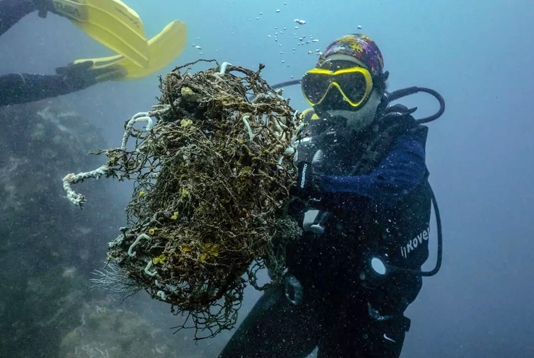 Deadliest catch: Thailand’s ‘ghost’ fishing nets help Covid fight
Underwater divers in plastic- choked waters off the coast of Thailand snip through discarded nets tangled around a reef — a new initiative helping protect marine life and aiding the fight against coronavirus.
The “ghost nets” discarded from the country’s lucrative fishing industry are a deadly source of plastic pollution, ensnaring turtles and cutting into delicate coral beds.
Left unattended, “they could stay adrift for decades, either entrapping or becoming the food of marine animals,” says Ingpat Pakchairatchakul of the London-based Environmental Justice Foundation.
Ingpat was speaking to AFP during a recent boat trip off the coast of Chonburi province, as a team of more than 30 divers hacked away at stubborn threads enveloping a reef 27 metres (90 feet) below the vessel.
She is part of Net Free Seas, a project that fetches used nets and turns them into new plastic products — in this case meeting the burgeoning demand for protective gear like face shields to guard against the pandemic.
It aims to prove that protecting sea creatures can be commercially viable in Thailand, one of the world’s biggest producers of ocean waste.
The initiative also comes in the wake of a growing local outcry over the lethal effects of plastic on marine life.
In one infamous example, a sick baby dugong named Mariam washed up in shallow waters two years ago and later died from an infection caused by plastic lining its stomach.
It prompted an online outpouring of grief among Thais who had spent months watching a live web broadcast of rescuers trying to nurse the creature back to health.
Mariam was among the nearly two dozen dead or injured large marine animals found beached on Thailand’s shores each year, according to Chaturathep Khowinthawong, the director of the kingdom’s marine park management agency.
“More than 70 percent of them are injured from the ghost nets and have cuts deep into their bodies,” he says.
“Once they get stuck, the chance of survival is less than 10 percent.”
– ‘We want to save the ocean’ –
Net Free Seas has salvaged 15 tons of waste netting from sea waters in its first year of operation.
That accounts for a tiny fraction of the 640,000 tonnes of lost and discarded fishing gear the UN Food and Agriculture Organization says finds its way into the oceans annually.
But the scheme has met enthusiastic support from local fishing communities.
“It’s a win-win situation,” says Somporn Pantumas, a fisherman in seaside Rayong city.
“The fishing community gets to have another source of income, the beach and the sea are clean, and the fishermen find a sense of camaraderie.”
The 59-year-old is one of 700 people in fishing communities across Thailand selling worn out nets to the scheme.
Somporn was easily convinced to participate, knowing the extent of marine pollution in the waters off Rayong — he says his nets often collect more plastic debris than actual fish.
“The more waste I collect from the sea, the more the current sweeps my way,” he tells AFP.
Collected nets are sent to be washed, shredded, mixed with other discarded plastics and melted into shape at Qualy Design, a small business that moulds homewares out of recycled goods.
Qualy is using the nets to make face shields, alcohol spray bottles and table divider screens used in restaurants around Bangkok since the onset of the pandemic.
The breakthrough product has been plastic push-sticks, which allow people to press elevator buttons or public touchscreens like ATM consoles without risking infection.
Compared to other materials, nets are the hardest to work with and the most expensive, says the firm’s marketing director Thosphol Suppametheekulwat tells AFP.
“But we really jumped on it because we want to save the ocean as well,” he says. 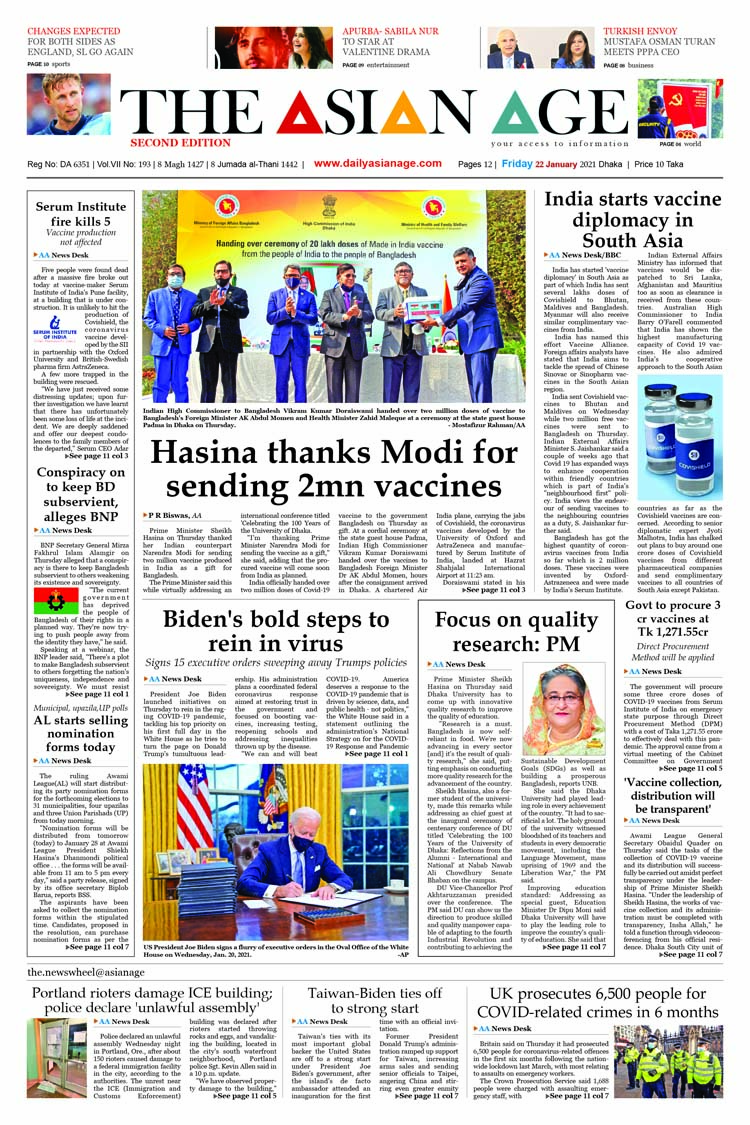