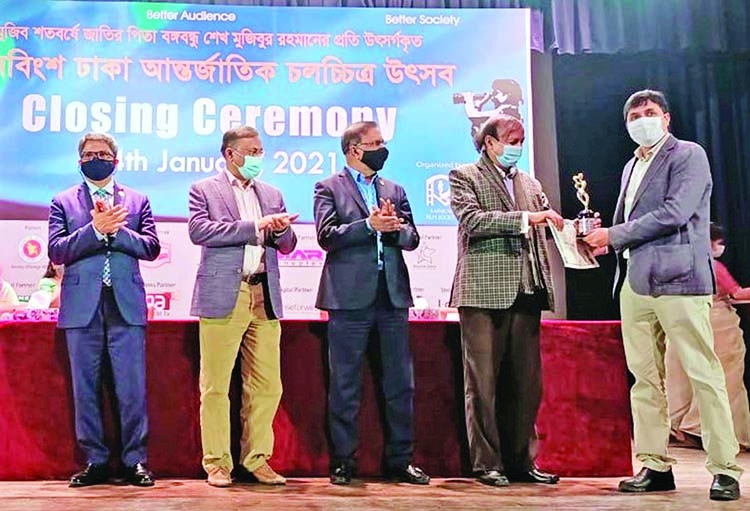 The 19th Dhaka International Film Festival (DIFF) wraps up in the capital on Sunday. 226 films from 73 countries were shown in the 9 day long festival beginning from 16th January. The best film at the festival was awarded to the Kyrgyz film 'The Road to Eden' jointly directed by Bakyt Mukul and Dastan Zhapar. The film tells the struggle of an old writer who wishes to promote literature to bring enlightenment to his people.
In the Asian competition section, the Best Director award was given to Ksenia Langutina for the film Farida. The film is jointly produced by Azerbaijan and Russia. Masud Hasan Ujjal won the Best Film Award in the Bangladesh Panorama section for his film 'Unponchash Batash' while Fakhrul Arefeen won the Best Audience award for the film 'Gondi' in the same section.
Information Minister of Bangladesh Dr. Hasan Mahmud was the Chief Guest at the closing ceremony. Speaking on the occasion Dr. Mahmud said that the government has taken several steps to promote films in Bangladesh. He said that the government will take steps to reopen the closed cinema halls in the country and to technologically upgrade the cinema halls already running.  State Minister for Foreign Affairs and Chief Patron of the Dhaka International Film Festival Md. Shahriar Alam expressed satisfaction at the successful organising of the festival.
The Dhaka International Film Festival (DIFF) had introduced a new section this year on the 'World Leaders who changed society' under which films on Mahatma Gandhi, Lenin, Fidel Castro, Che Guevara and Bangabandhu Sheikh Mujibur Rahman were shown during the festival.The colourful cultural program rings down the curtain on the DIFF 2021 in the evening. It was dedicated to the centenary year of the Father of Nation Bangabandhu Sheikh Mujibur Rahman. 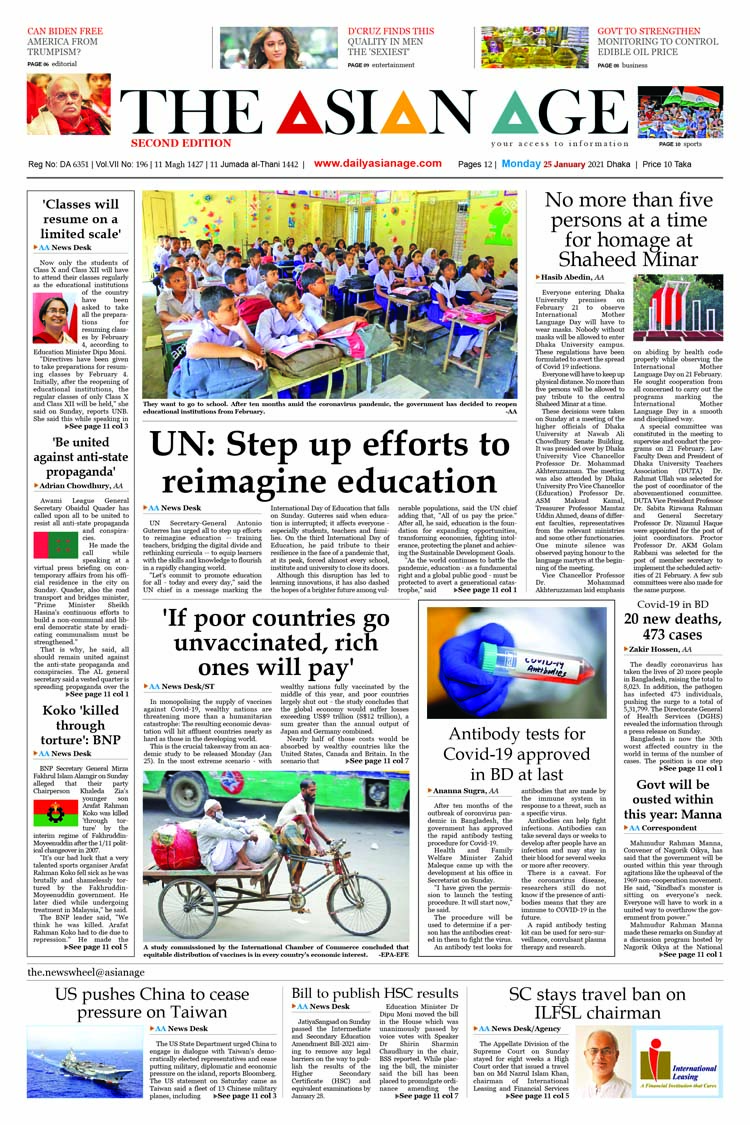