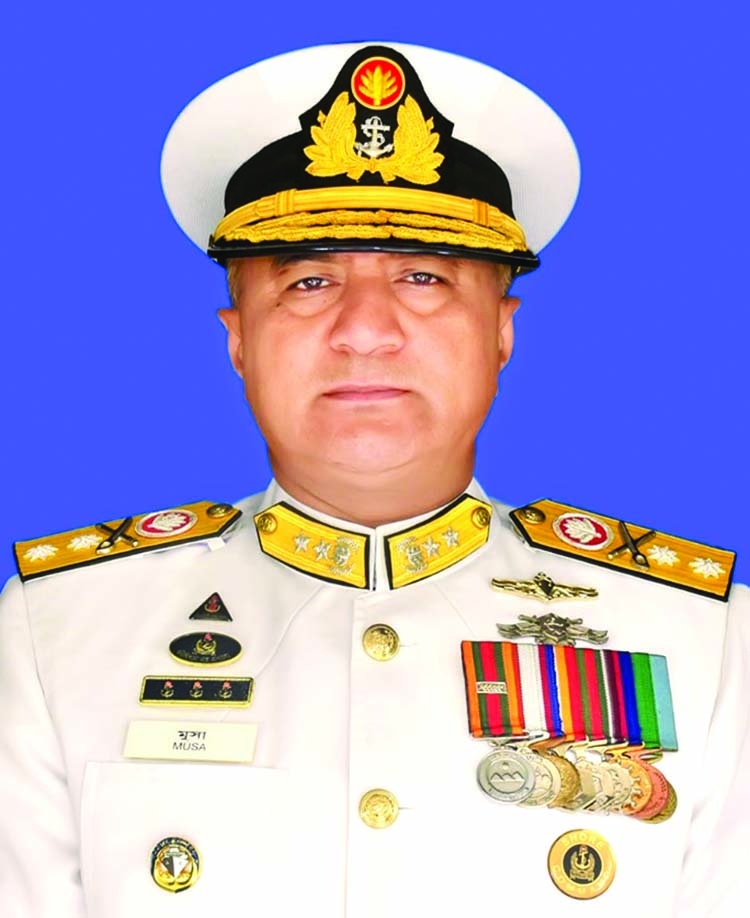 Rear Admiral Mohammad Musa has been appointed as chairman of the Mongla Port Authority after signing the hand-over book on Monday. He replaced the previous chairman Rear Admiral Mohammad Shahjahan, said a press release. Rear Admiral Mohammad Musa joined Bangladesh Navy in 1985. In his long career, he served the country in many positions. He served as captain at modern frigate Banuja Bangabandhu and Banuja Isa Khan.
Besides, he was the director of National Blue-Economy Cell. Mohammad Musa received numerous commendations for his outstanding performance and professional excellence in the Navy. He was awarded with the highest government award 'National Standard Award' by the Prime Minister in recognition of his professional excellence and distinguished service in Bangladesh Navy.
He has successfully completed Royal College of Defense Studies Course in United Kingdom. He holds four masters from world famous universities including King College. Besides, he completed his Master of Philosophy (MPhil) in 2015. During his tenure in the naval force, he attended many professional courses in home and abroad.