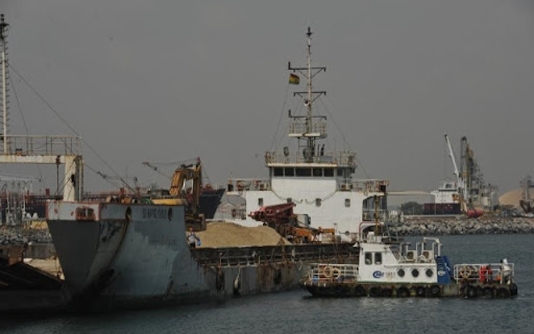 The issue of how to save the planet from global warming and efforts to mobilize action against climate change came under the spotlight at the World Economic Forum (WEF) Davos Agenda on Wednesday, as Russian President Vladimir Putin warned of weakening international institutions and the threats of conflicts.
ONE EARTH, ONE SHARED FUTURE
In the “Mobilizing Action on Climate Change” session, Chinese Minister of Ecology and Environment Huang Runqiu urged a united front in tackling the climate crisis.
“There is only one Earth and one shared future for humanity. We need to work together because we are one community to face climate change. This is the most powerful tool,” Huang said.
Meanwhile, during the “Financing the ‘Net-Zero’ Transition” panel, former U.S. Vice President Al Gore said that “the world appears to be close to a new alignment to start flowing a mix of private and public investment funds” to enable the “net-zero” transformation of industries to zero carbon emissions.
Swiss Re CEO Christian Mumenthaler stressed that even if companies may not know how to achieve “net-zero” by 2050, they should take “a leap of faith” and set the target that “I really feel we are at a tipping point in terms of action.”
Earlier on Tuesday, the WEF, the Energy Transitions Commission think tank, NGO Rocky Mountain Institute, and the We Mean Business coalition launched the Mission Possible Partnership in a bid to accelerate the decarbonization of heavy industry and transport.
The partnership, which brings together over 400 companies, builds on the work launched at the United Nations Secretary General’s Climate Action Summit in 2019 to help seven heavy industry sectors cut their carbon emissions, the WEF announced during the Davos Agenda meeting.
PUTIN SPEECH
During his special address on Wednesday, Russian President Vladimir Putin warned that the COVID-19 pandemic has exacerbated the preexisting problems and imbalances.
“We have every reason to believe that the tensions might aggravate further,” he said. “International institutions are weakening, regional conflicts are multiplying, the global security system is degrading.”
Referring to the 20th century and the “catastrophic World War II”, Putin said that “nowadays, such a heated conflict is not possible. I hope that it
is not possible in principle, because it will mean the end of our civilization.”
“But I’d like to reiterate that the situation might develop unpredictably and uncontrollably if we sit on our hands doing nothing to avoid it. There’s
a possibility that we might experience an actual collapse of global development that might result in a fight of all against all.”
Putin also called for more multilateralism, international dialogue and cooperation to tackle the current challenges.
COVID-19 THREAT
On Tuesday, Johns Hopkins University data showed that global COVID-19 cases surpassed 100 million.
In his special address, South Korean President Moon Jae-in called on the world to “further reinforce solidarity and collaboration” in the fight against the virus.
“The economy is recovering, but the polarizations and inequities brought by the pandemic are growing even bigger. As COVID-19 is becoming more prolonged, inequality is widening a gap that we are witnessing both within countries and between countries,” he said.
According to its latest World Economic Outlook on Tuesday, the International Monetary Fund now forecasts the global economy to grow 5.5
percent this year and expand by 4.2 percent in 2022, but warned that COVID-19 variants pose risks to the post-pandemic recovery.
A special address planned for Wednesday by Italian Prime Minister Giuseppe Conte at the WEF was cancelled following his resignation the day before.
The virtual WEF Davos Agenda meeting, which usually takes place in the Swiss mountain town of Davos, lasts until Friday.