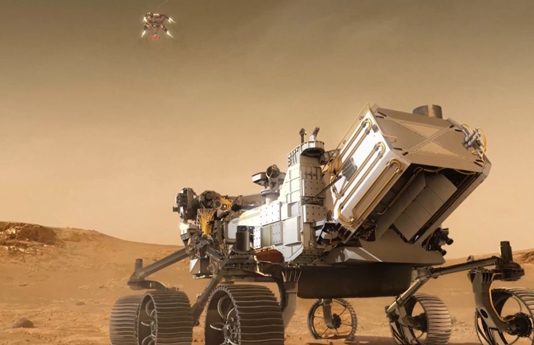 After a seven-month journey, NASA’s Perseverance rover prepares to touch down on Mars on Thursday after first negotiating a risky landing procedure that will mark the start of its multi-year search for signs of ancient microbial life.
The Mars 2020 mission, which set off late from Florida in late July, includes the largest ever vehicle to be dispatched to the Red Planet.
Built at NASA’s Jet Propulsion Laboratory, it weighs a ton, has a robotic arm that’s seven feet (two meters) long, has 19 cameras, and two microphones to record the Martian soundscape.
Should it arrive intact, Perseverance will be only the fifth rover to successfully complete the journey since Pathfinder in 1997. All have been American and the last, Curiosity, is still active.
China last week placed its Tianwen-1 spacecraft in orbit around Mars carrying both a lander and a rover, which it is hoped to land in May.
At around 3:55pm EST Thursday (2055 GMT), Perseverance will place its six wheels on a landing site described as “spectacular” by Ken Farley, a NASA scientist.
Jezero Crater, a 28-mile-wide (45-kilometer-wide) basin located in the Martian northern hemisphere, had been considered for previous missions, but was considered too difficult to land in until now.
Because of the Covid-19 pandemic, the mission control room will have fewer people than normal.
“But assuming we do have confirmation of landing, I don’t think Covid is gonna be able to stop us from jumping up and down and fist pumping,” said Matt Wallace, the mission’s deputy project manager.
The first low resolution photos of the surface will arrive quickly. Video footage, including entry into the atmosphere, is expected later.
– Lakes and rivers –
Scientists believe that around 3.5 billion years ago, the crater was home to a river that flowed into a lake, depositing sediment in a fan-shaped delta.
During this period, “Mars was very similar to Earth in several important ways,” said Farley.
“It had a substantial atmosphere, it had lakes and rivers on its surface, and it had habitable environments, places where organisms that we know about on earth today could have thrived.”
Mars is the only known place where such conditions arose outside our planet.
Mars 2020 is the first mission with the explicit aim of finding evidence that life once existed there.
Over the course of several years, Perseverance will collect and store up to 30 rock and soil samples that will eventually be returned to Earth where labs will analyze them.
Its top speed is 152 meters per hour (about 0.1 miles per hour) — sluggish by Earth standards but faster than any of its predecessors, as it traverses first the delta, then the ancient lake shore, and finally the edges of the crater.
The rover could return the samples as part of a planned joint mission between NASA and the European Space Agency in the 2030s.
“The scientists who will analyze these samples are in school today, they might not even be born yet,” said Farley.
– Producing oxygen –
What would these long awaited signs of life look like? “We should not be looking for fossil teeth or fossil bones or fossil leaves,” he said.
Rather, it’s hunting for organic molecules and other signs of past microbial life, a discovery that would be “fabulous.”
The first months of the mission won’t however be devoted to this primary objective. Parallel experiments are also planned.
NASA notably wants to fly, for the first time, a powered aircraft on another planet. The helicopter, dubbed Ingenuity, must be able to ascend in an atmosphere just one percent the density of Earth’s.
Another goal is to help pave the way for future human missions, by developing a system that can convert oxygen from Mars’ primarily carbon dioxide atmosphere, much like a plant.
The space agency is deploying an instrument called the Mars Oxygen In-Situ Resource Utilization Experiment (MOXIE), using a process called electrolysis to produce about 10 grams of oxygen an hour.
NASA is spending approximately $2.4 billion on the Mars 2020 million. Landing and operating the rover costs around $300 million. 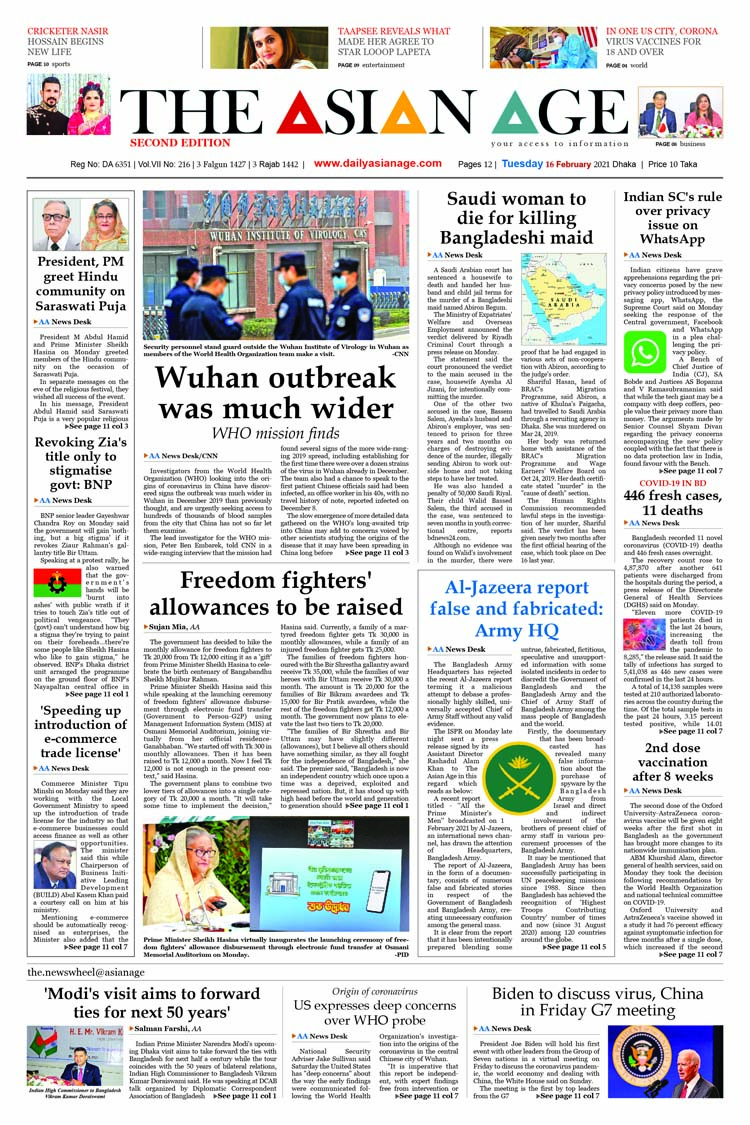