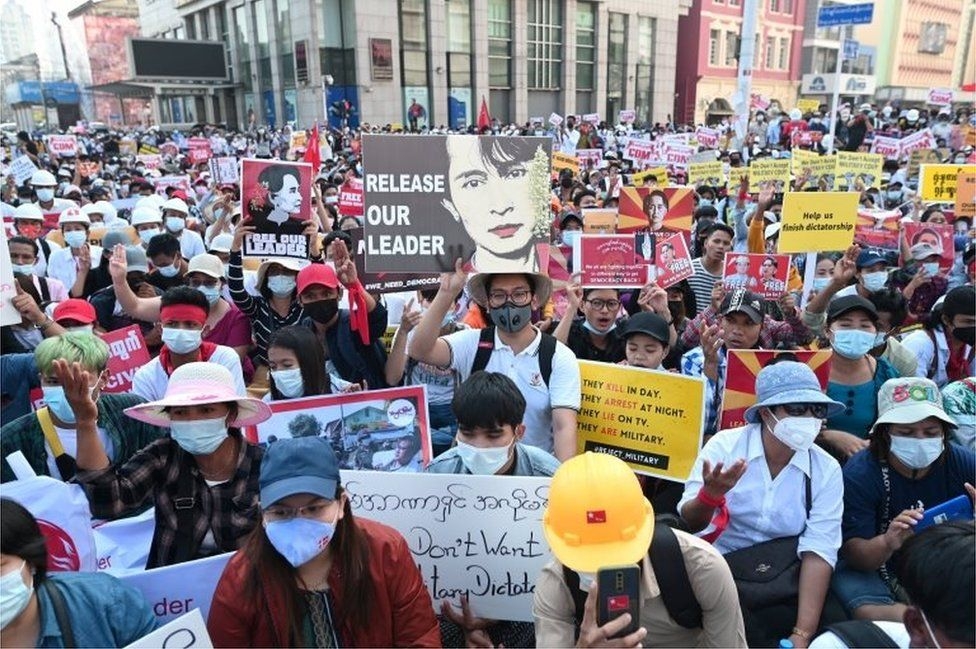 Hundreds of thousands of people have protested across Myanmar, staging some of the biggest anti-military rallies since the 1 February coup.
Drivers in Yangon staged a break-down protest, blocking key roads as loosely-organised civil disobedience grew.
In Mandalay, security forces fired shots near the railway station. At least one injury was reported.
Demonstrators are demanding the release of Aung San Suu Kyi and other elected civilian leaders following the coup.
A day earlier Ms Suu Kyi had been handed a second criminal charge. The military repeated its promise to hold fresh elections and relinquish power, though many protesters remain sceptical.
The developments came after the UN special rapporteur for Myanmar, also known as Burma, warned of potential violence by the military.
Ms Suu Kyi's lawyer told the BBC on Wednesday that he has had no direct contact with her.
Khin Maung Zaw, a veteran human rights lawyer, said his colleagues standing outside Ms Suu Kyi's court appearance detected "no sign of distress or health defects" in her voice.
There were no reports of major trouble on Wednesday, but footage on social media showed several rounds fired by security forces near Mandalay railway station. It was not clear whether live ammunition was used.
Reports say protesters had been trying to prevent an army supply train from leaving. Railway workers said they were forced at gunpoint to drive the trains.
Protests took place in a number of other cities and towns. In the capital, Nay Pyi Taw, engineers, doctors and teachers joined forces to show defiance against the military.
'Road blocking day'
Wednesday's rallies nearly paralysed traffic in central Yangon (Rangoon).
A campaign on social media calling for protesters to deliberately block roads in the country's main city started gaining traction early on Wednesday. Its aim was apparently to stop civil servants from going to work and hinder the movements of security forces.
Dubbed "Road Blocking Day", it saw many posting pictures online of vehicles with raised bonnets and boots parked across key roads, making the streets impassable to traffic. A BBC Burmese reporter saw a number of public buses stop and block junctions in Yangon.
The protest is the latest in a mounting civil disobedience movement, which has also seen strikes by doctors and teachers, and boycotts of products and services owned by the military. The aim is to cripple the functions of government and undermine the new regime's legitimacy. 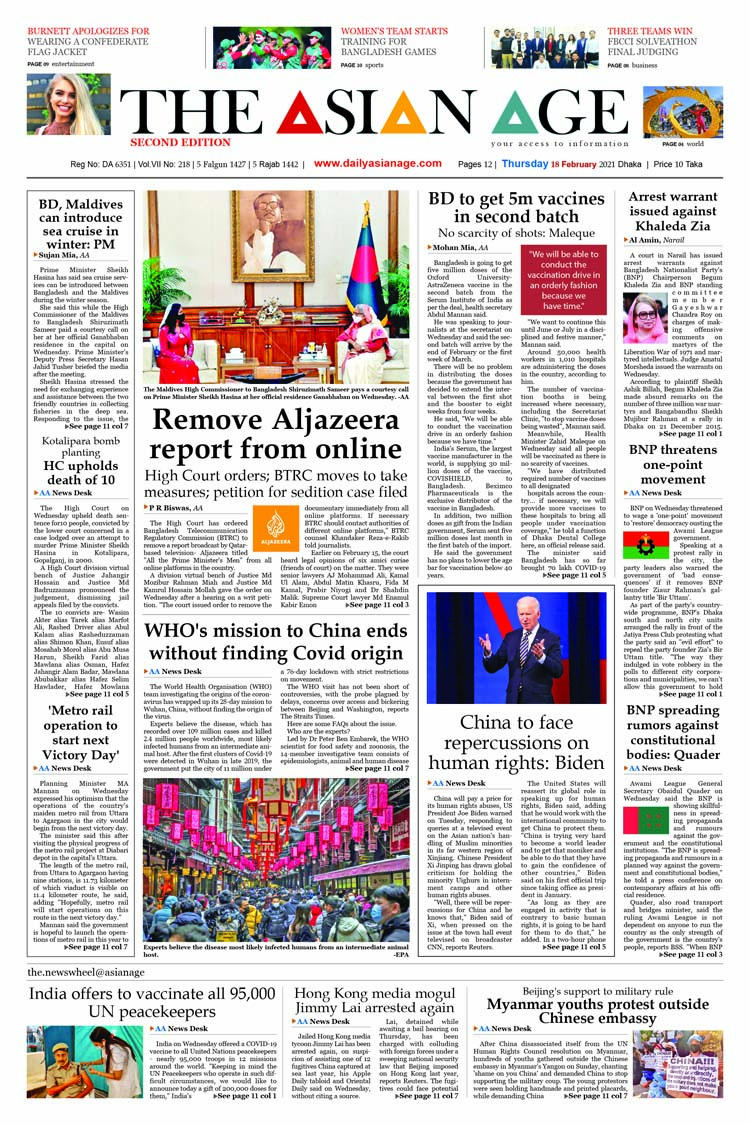