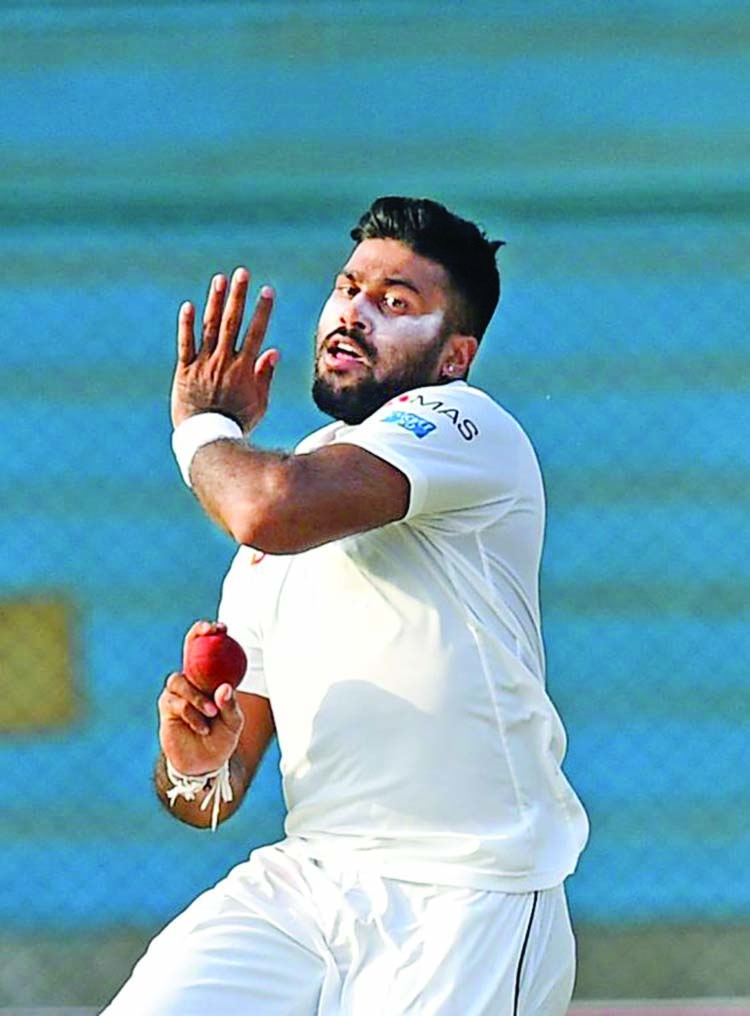 Sri Lankan fast bowler Lahiru Kumara tested positive Monday for coronavirus on the eve of the team's departure to the West Indies for a tour already delayed by the virus.
The 24-year-old had been with the rest of the 35-man squad in a bio-secure bubble since February 10.
He played two practice matches on Friday and Saturday.
News of the infection is the latest blow to the tour of three one-day internationals, three Twenty20s and two Tests due to start in Antigua on March 3.
It was originally due to begin on February 21 but was postponed after Sri Lanka's Lahiru Thirimanne and coach Mickey Arthur tested positive. Both have fully recovered and will travel with the rest of the squad, which was yet to be officially named.