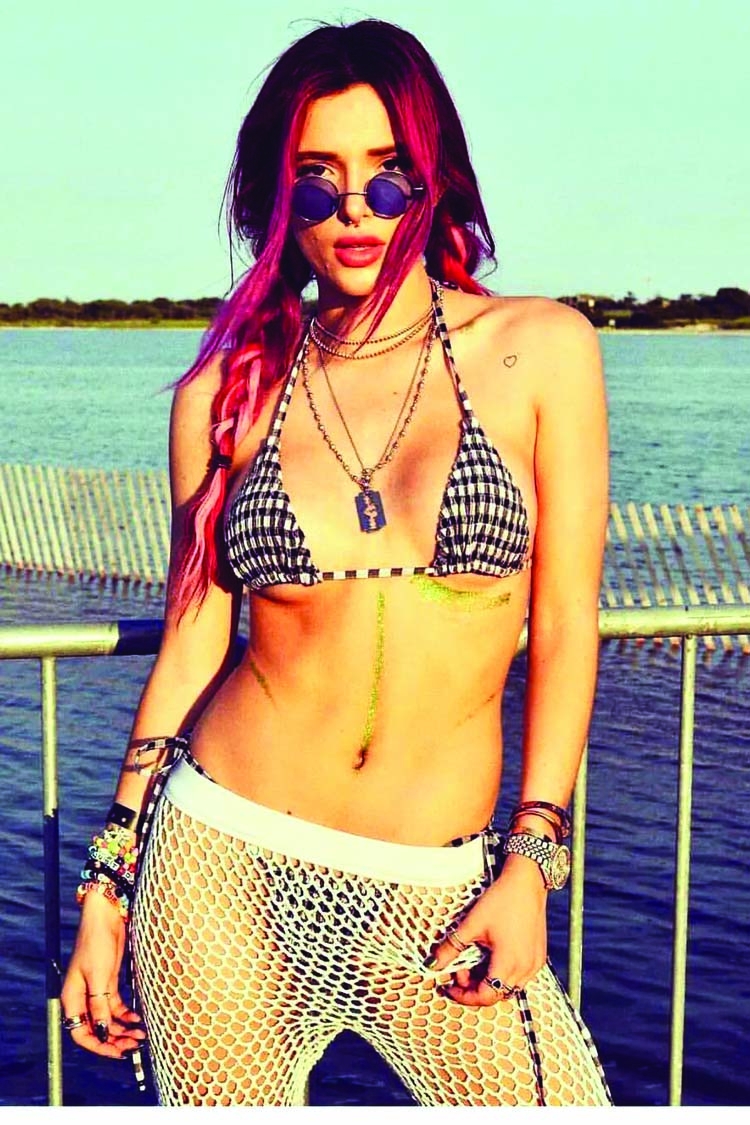 Actress Bella Thorne, who has previously directed her own adult film, claims she feels uncomfortable shooting intimate scenes.
"I want to be stronger, right, and when I'm on set doing these scenes, I'm very, very uncomfortable. I'm always working through my uncomfortableness because I want to do it, especially if it's important for the character," Thorne said.
"If this is a thing that needs to be in there, it needs to be in there. I'm a writer myself so I understand," she added. Thorne feels there are people who just want to get girls naked on camera.
"There are some people that just want to get girls naked on camera. You've got to watch out for those movies, but when it's needed for the character yeah, it makes me feel uncomfortable," she said.
Asked if she feels more comfortable working with a female director, Thorne said she's had just as many bad experiences on set with women as she has had with men.
"I've actually worked with female directors and I've had an amazing time with some female directors and, of course, there have been some female directors that have made me uncomfortable. It's not that it's just a man that's making me uncomfortable on the set. It's really more of how the situation is handled from start to finish," she told.