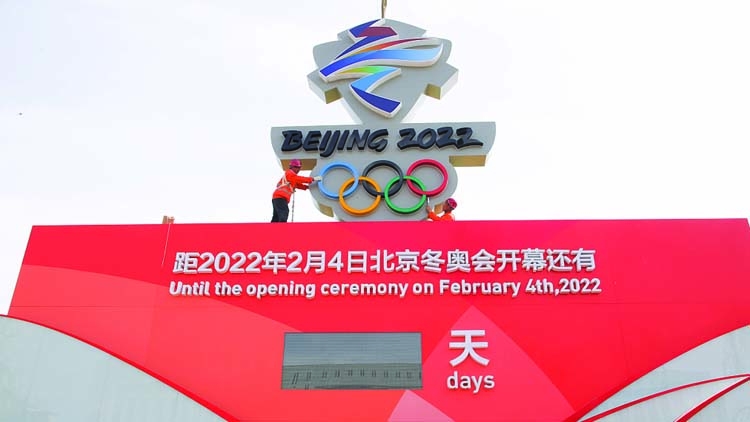 Calls to boycott the 2022 Winter Olympics have been intensifying steadily due to China's human rights abuses, particularly in the Xinjiang region against the Uyghur Muslims.
"The evidence that a genocide is now occurring in western China is so clear, that the UK and the whole world must now stand up to Beijing and use every available tool to stop it," Ed Davey, the leader of the Liberal Democrats, and Labour MP Chris Bryant, a member of the foreign affairs select committee and a former junior foreign minister wrote on the Liberal Democrats website this month.
"We must remember when we failed to stand up against human rights abuses in the past, and recall the images from British sporting history like the England football team's Nazi salutes in the 1930s and the rebel cricket tours to South Africa in the 1980s," Davey said while calling upon the government and the British Olympic Association to act, reports Daily Sikh. "Team GB (Great Brittain), Paralympics GB and the Government have a moral responsibility to consider if sending a team to these Games is really the right thing to do. The 2022 Winter Olympic and Paralympic Games will be used as a propaganda tool for a regime committing genocide," he added.
Recently, Canada's main opposition party, the Conservative Party, urged Prime Minister Justin Trudeau-led government to pressure the International Olympic Committee to move the 2022 Winter Olympics out of Beijing, arguing China is committing genocide against more than one million Uyghurs in Xinjiang.
This comes after a coalition of 180 human rights groups has urged governments around the world to boycott the Beijing Winter Olympic Games slated for next year due to China's reported human rights abuses towards minorities.
The letter calls on countries to refuse participation in the games and "to ensure they are not used to embolden the Chinese government's appalling rights abuses and crackdowns on dissent."
The IOC said in a statement that the committee's policy for its organising committees is to hear all concerns "directly related to the Olympic Games."
For the Beijing Winter Olympics specifically, the IOC said its Evaluation Committee listened to the views of several NGOs, including concerns about human rights.
The committee cited its position that it shared with groups that IOC "must remain neutral on all global political issues" although it may not agree "with the political structure, social circumstances or human rights standards in its country."
China's Foreign Ministry spokesperson Wang Wenbin, on the other hand labelled the calls for boycott as "highly irresponsible".
The calls for boycotting next year's winter Olympics came after Secretary of State Antony Blinken said he agrees with the former President Donald Trump administration's characterization of the abuse of Uyghurs in China as genocide.