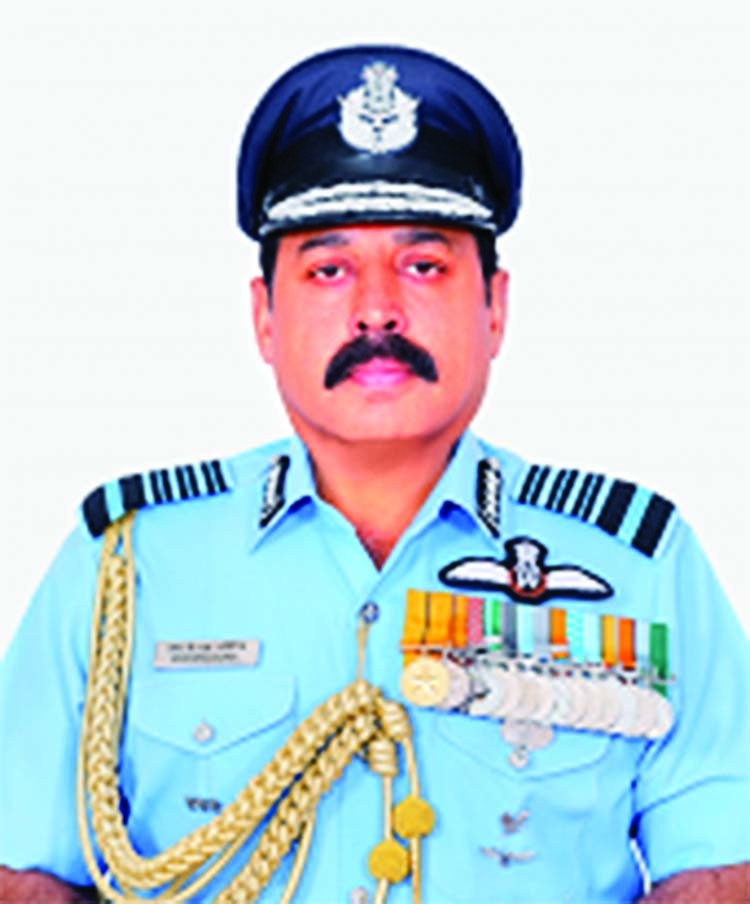 Air Chief Marshal Rakesh Kumar Singh Bhadauria, PVSM, AVSM, VM, ADC, arrived in Dhaka on Monday for a three day visit on invitation from Air Chief Marshal Masihuzzaman Serniabat, BBP, OSP, ndu, psc, the Chief of Air Staff, Bangladesh Air Force. The Indian Air Force (IAF) Chief will be accompanied by a two member delegation.
The Indian Air Force Chief is scheduled to pay courtesy calls on to the Air Force and Army Chief of Bangladesh and meet other senior officers from the Bangladesh Air Force. He will also be visiting major BAF air bases across Bangladesh during the course of his visit. The Indian Air Force Chief would also be paying tribute to the members of the Bangladesh Armed Forces, who made the supreme sacrifices during the Liberation War of 1971 by laying floral wreath on the altar of Shikha Anirban in Dhaka Cantonment. The Indian delegation would also pay their homage to father of the nation Bangabandhu Sheikh Mujibur Rahman, by visiting Bangabandhu Memorial Museum at Dhanmondi.
It is a matter of pride for the Indian Armed Forces and the Air Chief as ACM RKS Bhadauria is an alumnus of 18th Air Staff Course at Defence Services Command and Staff College (DSCSC), Mirpur, Dhaka, says a press release from Indian High Commission. During this visit, the Indian Air Chief will also be inducted into the 'Mirpur Hall of Fame' at DSCSC.
Visit of the Indian Air Force Chief will hopefully further strengthen the close and fraternal ties existing between the Armed Forces of the two countries.